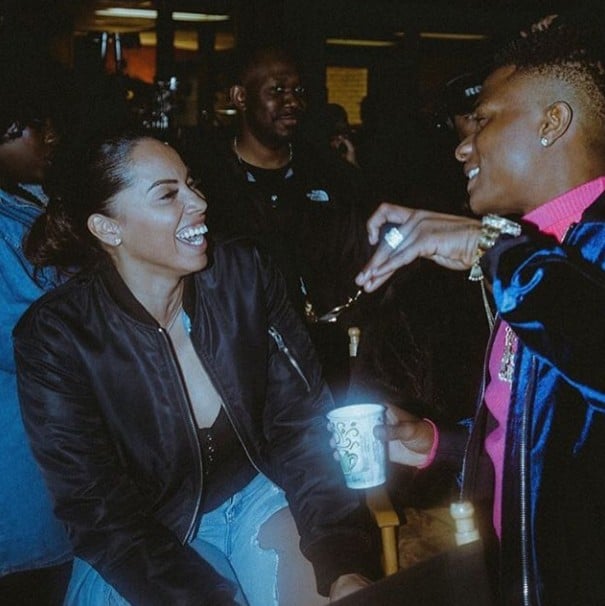 Wizkid’s third baby mama, Jada Pollock has accused the popular musician of domestic violence and has, therefore, called it quit in their relationship.

Pollock took to her Instagram account to accuse Wizkid of beating her and leaving her with bruises, saying she can no longer put up with his behaviour or defend him.

“From today I and Ayo no longer work together. I’ve been in an abusive relationship with him for years, covering up for him time and time again. I am tired.”

Meanwhile, the narrative of Jada has generated several reactions on twitter.

Here are some of the reactions as follows:

Wizkid FC: “Impossible, it’s a lie, let’s hear Wizkid’s side of the story”

The funny thing about this whole Wizkid and Jada thing is that some girls are fighting to be the fourth baby mama. pic.twitter.com/QWviVjJcSB

For those of you saying Wizkid career has finished if the accusations by Jada P us true, I pity you.

If you're waiting for this man downfall, then I can confidently tell you, you'll wait till forever cause this one gat a special grace.

True or not, Wizkid Till I die ?? pic.twitter.com/1GCEWaqXCG

Too my own view of this issue, I think Jada messed up, you be been flaunting around saying you're his favourite baby mama, why coming out now to is sat #wizkid is a woman beater? I think that's what #davido meant. pic.twitter.com/2PkZzf8Su6

Shola accused WizKid of not being there for her and their son, Tife

Binta Diallo accused WizKid of being flirtatious with women

Your MCM is trash guys. We need to cancel him??? pic.twitter.com/q4Zk3IYsFB

Wizkid finally replies to the accusations. I think he made sense here. pic.twitter.com/4uuUBrTfFq