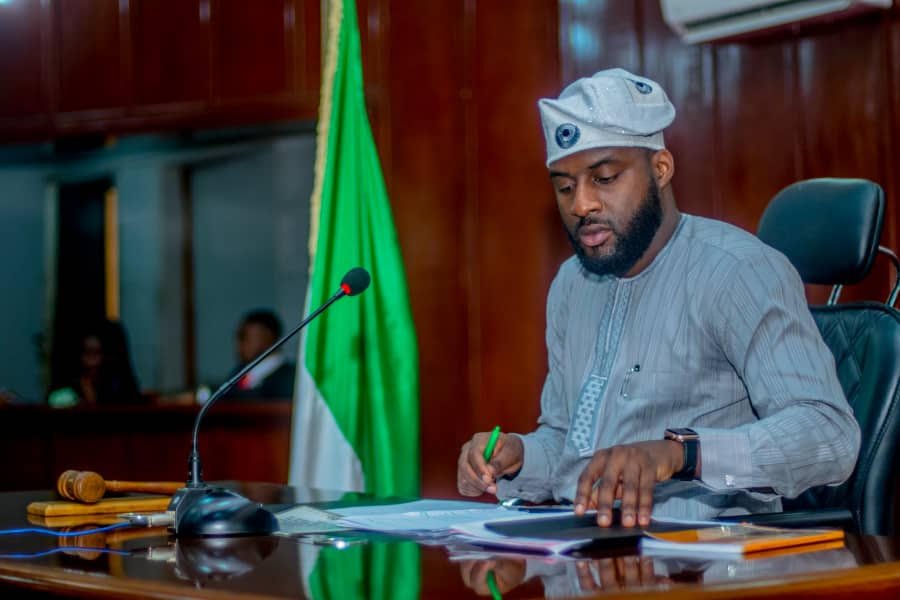 The Oyo State House of Assembly led by Speaker Adebo Ogundoyin has proposed dredging of rivers and waterways across local government in the southwest State.

Naija News reports that the proposal is to avoid possible destructive flooding effects in the State.

It was stated that each time there is a heavy downpour, most rivers across the State usually overflow their banks leading to flooding and its attendant negative consequences.

His words: “There were reported cases of pregnant women who were in labour but could not be transported to health facilities due to flooded and impassable roads.

“When rivers overflow their banks, even farmers are prevented from transporting farm produces to the city which leads to culminated wastages and subsequently food insecurity.”

Commenting on the house resolution, Speaker Ogundoyin called on the ministry of environment and water resources to urgently dredge and clear the waterways of rivers in the state in order to avert the negative consequences of flooding in the state.

Ogundoyin said the ministry of Local Government and Chieftaincy matters and Ibadan urban Flood Management projects also have to put measures in place for the rehabilitation of the bridges and the waterways in order to ensure the safety of lives and properties of the citizenry.

“We want the ministry of information and culture to intensify efforts towards sensitization of the citizenry on the danger of dumping refuse on waterways and other flood-prone areas.

“All the 33 local government and 35 local council development areas respectively to make proper use of the escalators bought for them for dredging of the waters/rivers,” he added.

Addressing the issue of gang violence in Ibadan, the speaker called on community leaders to collaborate with the Nigeria police with a view to providing necessary logistics for the siting of Police stations and police posts at required locations in the city.

His words: “Unemployment, peer group influence, and other social factors were responsible for violence in the neighbourhood.

“The committee also noted that unscrupulous sitting of drug joints in the neighbourhood was contributory to the incidence of criminal activities in the area.

“The house has, therefore, called on the Nigerian police force to as a matter of duty deploy more armed patrol team to fish out suspected hoodlums who were using the premises of some schools in Molete, Ibadan Southwest constituency I to perpetuate their nefarious activities,” Ogundoyin said.