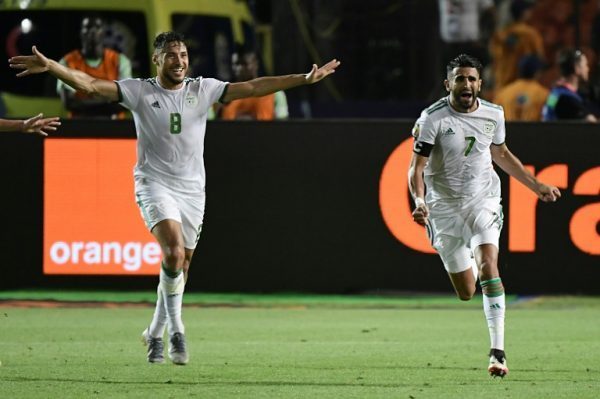 Algerian coach, Djamel Belmadi has said that it was tough defeating a tough opponent like the Super Eagles in the 2019 Africa Cup of Nations (AFCON).

Naija News reports that Belmadi said that the match with a tough team like Super Eagles was not easy for him and his team to win.

He said the match was a difficult one such that it took the quality of Mahrez to decide the result of the match.

Belmadi made this known while speaking with newsmen during a post-match interview obtained by Naija News on Monday.

He admitted that the semifinals of the 2019 Africa Cup of Nations (AFCON) in Egypt on Sunday with the Super Eagles was not an easy match.

“We knew that it would be a tough game because of the quality of our opponents and the tough game we had against Cote d’Ivoire on Thursday.

“My boys had an amazing first half. So, we deserved at that time to score a goal and I think we could have scored even more goals.

“Then in the second half, we had a difficult moment for about 15 minutes, we were under pressure.

“I think we played too deep and didn’t apply enough pressure on our opponents due to fatigue on my players and the quality of course of our opponents.

“Then came the penalty which I think my players showed great character and mental strength to come back and fought until the end to score the decisive goal.

“We however had some situations in the second half, maybe not clear cut chances where I think we could have scored another goal with a little more accuracy.

“Then the free-kick arrived and of course with the quality of players like Riyad Mahrez, it’s a massive chance at goal and thank God we made it count,” he said.

Riyad Mahrez’s goal from a free-kick at the edge of the box, with seconds left to play, condemned Nigeria to a 2-1 defeat.

The goal propelled Algeria to their first AFCON Final match in 29 years.