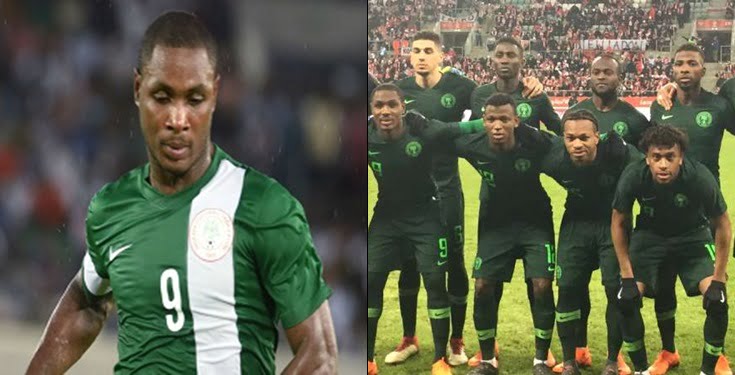 Professional footballer and Super Eagles player, Odion Jude Ighalo on Monday tendered his apology for over the defeat of the team in the Semifinal of the Africa Cup of Nations (AFCON).

Naija News understands that Ighalo said the players of the Super Eagles tried it best but that the best of the team was not good enough as luck ran out of the team.

Ighalo made this known while reacting to the 2-1 semi-final defeat to Desert Warriors of Algeria after a last minute free kick goal by Riyad Mahrez.

Ighalo said it was not enough for the team to lose in the semifinals of the AFCON with Algeria, but assured that the Super Eagles team would defeat Tunisia in the third place.

“Nigerians we are sorry. It was a difficult game and we were unlucky at the last minute. The second half, we really played well and we deserve more than what we got. We have to learn from our mistakes and we look forward to the third place game.”

The Super Eagles on Sunday night lost a massive opportunity to win a fourth AFCON title in a 2-1 semi-final defeat to Desert Warriors of Algeria after a last minute free kick goal by Riyad Mahrez.