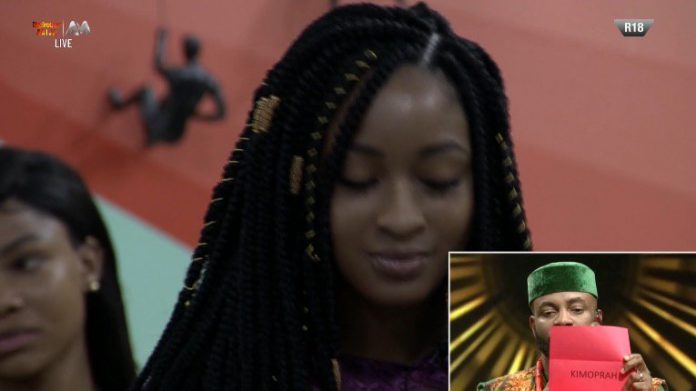 Naija News reports that Kimophra was evicted from the “Pepper Dem” edition of the 2019 BNaija after getting the second-lowest number of votes.

Kimophra’s was evicted in few minutes after Ella was evicted. The eviction came a week after Biggie evicted two housemates, Avala and Isilomo.

Naija News recalls that Avala and Isilomo were evicted last week from the “Pepper Dem” edition of the 2019 BNaija after failing the marble game.

Meanwhile, the Pepper Dem edition which is hosted by former Big Brother contestant, Ebuka Obi-Uchendu, is taking place in Nigeria for the first time in the history of the reality show as the previous editions were filmed in South Africa.