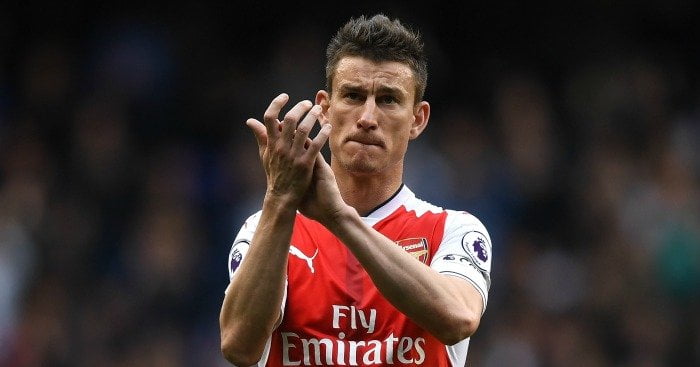 Arsenal legendary striker Ian Wright has berated captain Laurent Koscielny for refusing to travel with the rest of the squad for their pre-season tour.

Koscielny, who has been linked with a move away from The Gunners, on Thursday refused to travel due to Arsenal‘s refusal to release him as a free agent this summer.

Speaking on his YouTube channel, Wright stated that the French defender is threatening to ruin his legacy at the club.

“He’s given us unbelievable service, we’ve seen him play through pain and build a legacy and legendary status he deserves,” Wright said.

“It’s the time in the season where everybody is meant to be together. We are in for a tough season, a transitional period, we need a lot of catching up.

“For our captain to refuse to go on a pre-season tour after nine years of unbelievable service, to destroy your legacy a little by refusing to play for a club is something that is baffling me.

“Why Laurent? Who are your advisers and what are they saying to you?

“I am so disappointed in your decision to do this at this time if your agent sees this, and I hope they do, shame on you, shame on you, for doing this to him and convincing him. No way you can tell me he will come up with this on his own.

“You’re the one we chose as our captain, our leader, and now we’re going into pre-season with our captain refusing to go on the tour.

“This is something I cannot get my head around and I pray to god it can be resolved sooner rather than later.

“It doesn’t set a good example, Arsenal need to do something quick and discipline (him). I love you Laurent but this is a poor decision.”