No fewer than one thousand mobile telephones worth over fifteen million naira, were destroyed by the management of the Polytechnic, Ibadan on Wednesday.

A report had it that the mobiles phones which were destroyed were seized from students during various examinations conducted in the institution in the last one year.

The school revealed that the devices were seized in order to reduce examination malpractices through the use of information and communication technology.

The burning of the items was supervised by a senior lecturer and the immediate past Deputy Rector of the Institution, Mr Bayo Oyeleke.

Oyeleke while speaking stated that the institution usually warned students against bringing their phones into the examination halls, but some students went against the rule.

He said, “However, some students still go into the exam hall with their mobile phones which is against the rules and regulations of the institution.”

Oyeleke stated that the institution decided to burn the mobile telephones to serve as a deterrent to students who wish to indulge in the illegal and inappropriate act.

Adewole, which speaking on the development stated that the management decided to burn the mobile telephones so that they will not get into wrong hands.

“But, it will not be alright if we return them to the owners because we want to ensure sanctity of our examinations in the school. The management decided to burn the mobile telephones, it will be inappropriate if we say that we will return them, they may fall into wrong hands.”

“We have been warning students not to take phones into examination halls. Any student that attempted to cheat using modern technology like phones will have the phone seized.”

“We want cheating through the use of technology to stop. The exercise was attended by lecturers, students leaders were there and even members of the press council of the institution were also there.” 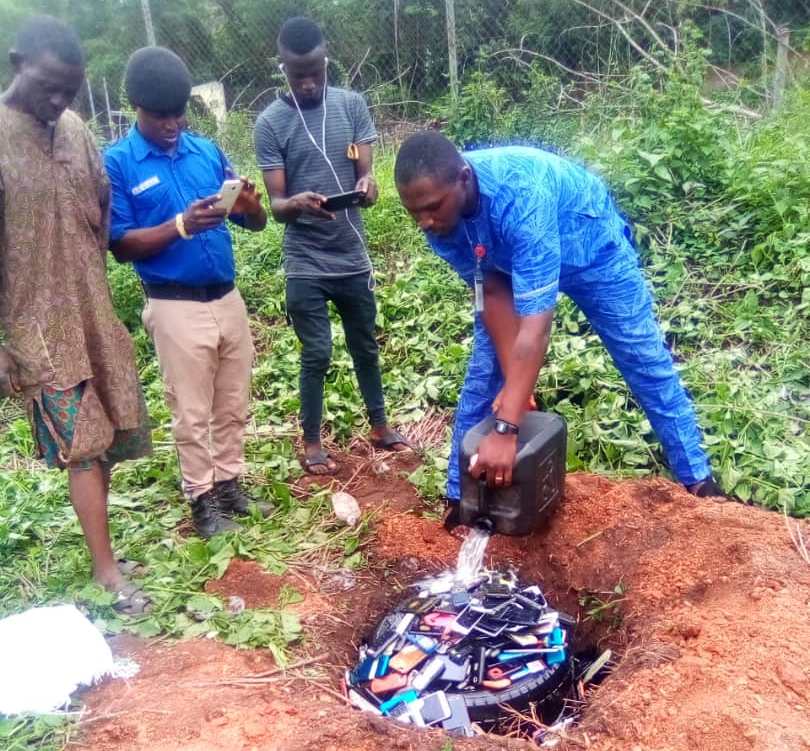