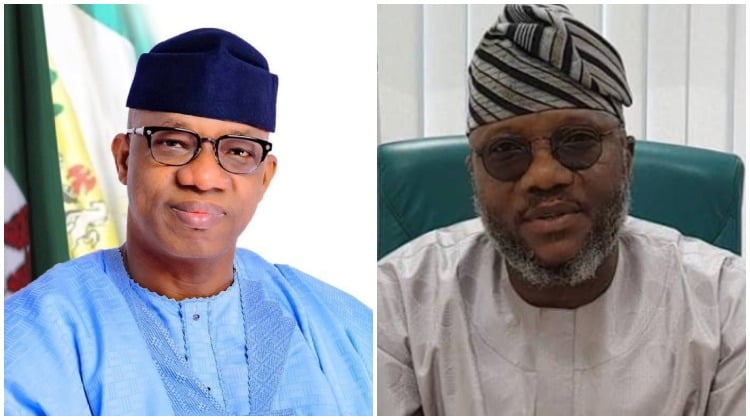 The premises of the Ogun State Election Petition Tribunal was left unsettled on Wednesday, after loyalists of the state Governor, Dapo Abiodun and the governorship candidate of the Allied People’s Movement, Adekunle Akinlade clashed, leaving some people injured.

The action saw the chairman of the tribunal, Justice Yusuf Halilu, read the riot act, warning that he would not tolerate any act of violence from supporters of any political party.

Akinlade is challenging the victory of the All Progressives Congress in the governorship election.

Trouble started when the loyalists of the two politicians dressed in uniforms rained abuses on each other outside the court premises while the tribunal sitting was ongoing in the morning.

The situation became uncontrollable after the tribunal went on recess as the hoodlums attempted to attack Akinlade as he leaves the court premises in his vehicle.

The hoodlums started pelting his vehicle with sachets of water and stones and chanting abusive songs while he escaped from the hoodlums with the aid of security agents.

After Akinlade escaped from the hoodlums, his loyalists and the state governor’s engaged each other.

Meanwhile, Justice Halilu read the riot act when the tribunal reconvened after the recess.

Counsel for Akinlade, Isiaka Olagunju, informed the tribunal that the lives of Akinlade, his counsel and his supporters were no longer safe following the attack on him allegedly by supporters of the APC.

The tribunal frowned at the incident, recalling that it was the second of its kind since the tribunal commenced sitting.

He said the tribunal would be compelled to ask the state Commissioner of Police to appear before it so as to give him instructions to beef up security around the court premises.

“It is very sad that we are experiencing this kind of situation again. This will be the second time. We will be compelled to invite the Commissioner of Police and we will give instructions to supporters of all political parties to stay clear of this tribunal.”

“We have been enjoying tremendous peace since the commencement of this tribunal. We will not sit here and allow anything happen to any of us. We have to put all hands on deck to ensure we do not have a repeat of this.”

“I have seen the first petitioner (Akinlade) times without number, cautioning his supporters whenever they try to make noise in the courtroom.”

“Political leaders should talk to their supporters to give peace a chance. Politicians are all one. Support your candidate, don’t embarrass your candidate. There is no law that supports you throwing stones at anybody.”

“Tell your supporters to leave this matter for us. That is why we are here. We are the ones you are looking up to; let us do our work, and we will do it without fear or favour,” Justice Halilu said.

Earlier, counsel for Abiodun, Prof. Taiwo Osipitan, SAN, had said that Akinlade’s counsel erred by not discussing the situation with other members of the inner and outer bar before presenting same to the tribunal.

Osipintan added that he was not aware of the attack on Akinlade.