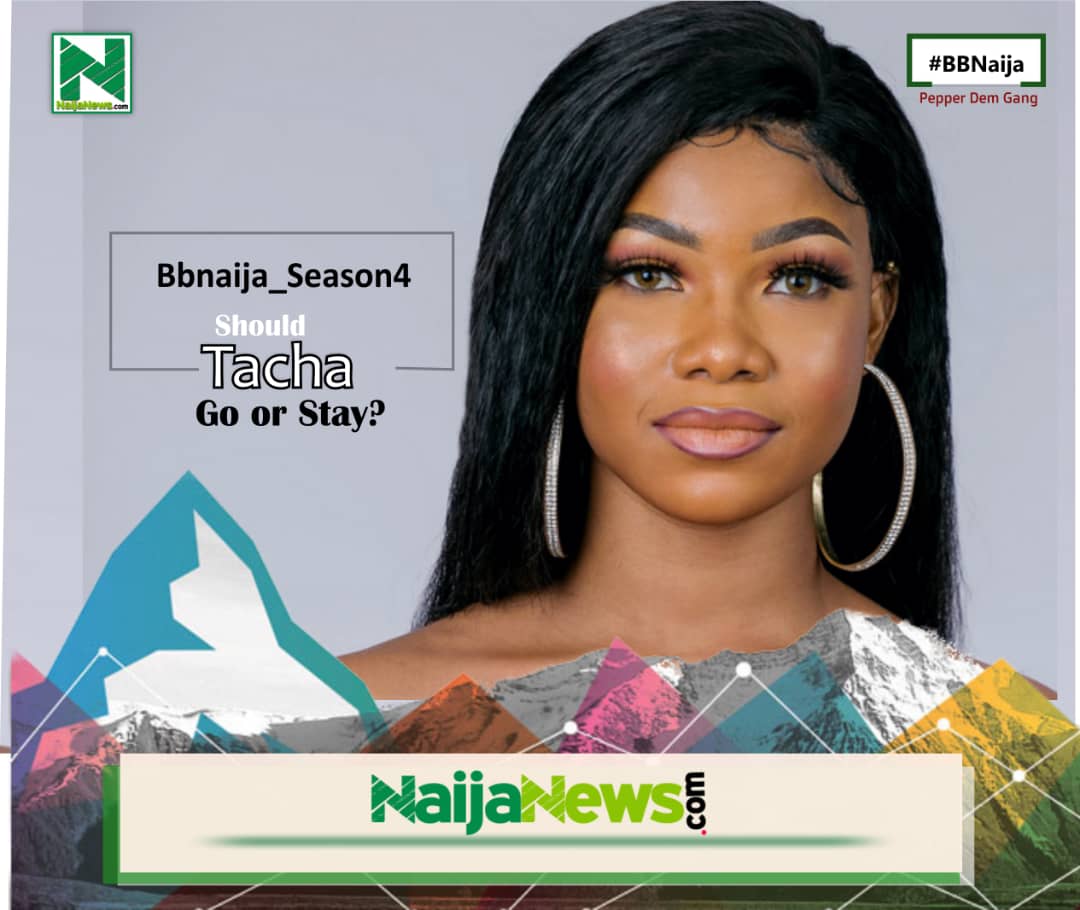 With the Big Brother Naija, ‘Pepper Dem Gang’ edition getting hotter, one of the housemates in the reality show, Tacha, has revealed why she was nominated for eviction this week.

Tacha was nominated for eviction, alongside Ella, Mercy, KimOprah and Sir Dee on Monday evening for possible eviction.

There are probabilities that this above names could be evicted on Sunday.

Tacha, while speaking her diary session on Monday night with Biggie stated that she was nominated by most housemates because she is the strongest in the house.

According to her, “I am the strongest in the House and I am a target that’s why I was nominated by housemates.”

Recall that Tacha had experienced wardrobe malfunction on Saturday night during Saturday party.