TECNO, a premier mobile phone brand under Transsion Holdings, has launched its newest addition, the Phantom 9 in Nigeria, West Africa.

Naija News reports that the launch took place at Eko Hotel and Suites, Victoria Island, Lagos, Nigeria’s commercial city, on Thursday, July 4, in the presence of over 100 guests including former African footballer of the year and Nigerian international, Victor Ikpeba among others.

This online news platform understands that Tecno Phantom 9 is an upgrade of its predecessor (Phantom 8) which was launched in 2017, with improved features and specifications.

The new Tecno Phantom 9 which is the latest in this series flaunts swirls of blue, black and red in various shades and its fitted into a well-crafted aurora design body. 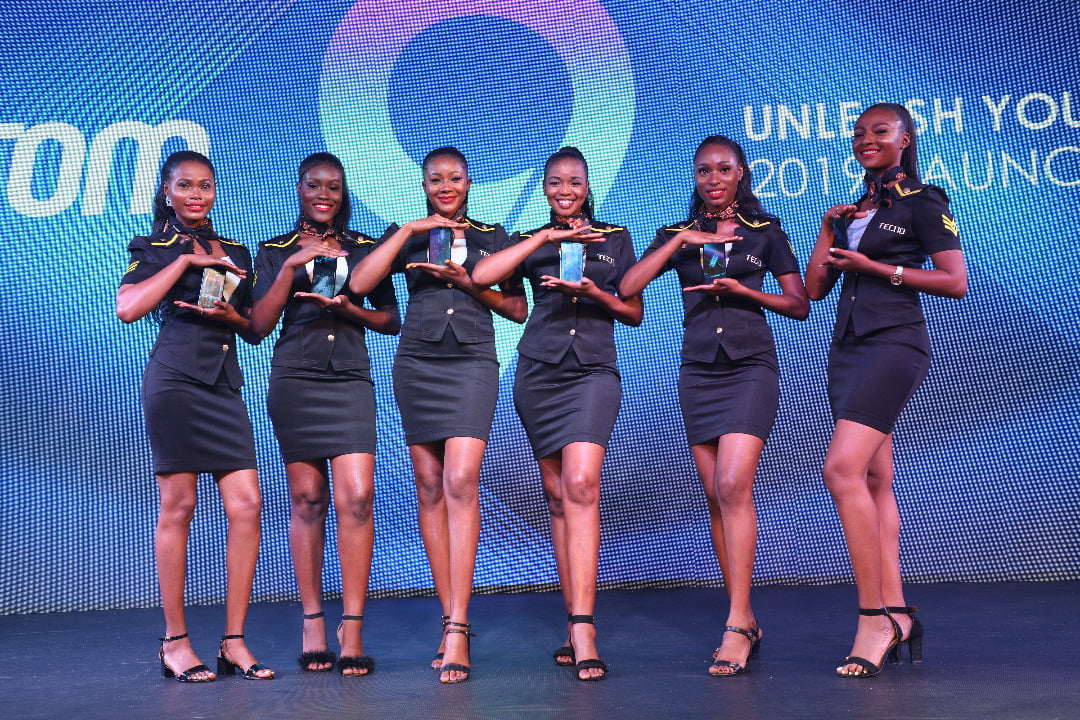 All You Need To Know About Tecno Phantom 9…

Tecno Phantom 9 comes with unique features, such that will blow your mind. These features include 3 back cameras with two front flashlights. This means selfie crazy peeps can take good selfies as well as making video calls in the dark without having a low video or picture quality

Key Features of the Tecno Phantom 9

Naija News understands Tecno Phantom 9 comes with a stunning blend of colours at the back to the crisp AMOLED screen with a water drop notch at the top and in-display fingerprint scanner at the bottom. This means you can unlock it by place the registered fingerprint on the screen of the phone.

The new Phantom series has a fairly powerful Helio P35 processor combined with a 6GB RAM, which ensures that tasks like the opening of multiple apps go smoothly.

Tecno Phantom 9 comes with a whopping 128GB of storage space from the get-go on your smartphone to keep all your music, files, pictures and movies with an option for expansion with an SD card if necessary.

Apart from the stack of cameras, the back of the Smartphone is all plain and smooth with nothing but the brand tag in sight, this also adds to the fact that the new phone comes with a 3, 500mAh battery to keep things working. This means that the Tecno Phantom 9 can last a whole day if heavy usage is not involved.

The features show that Tecno Phantom 9 has that premium touch that the Phantom series has always been known for.

To cap it all the new Tecno Phantom 9, will sell for just ₦77, 000 RRP which makes it by far one of the cheapest Phantom Smartphones till date.

Meanwhile, TECNO Mobile was established in 2006. As the first dual-SIM handset supplier in Africa, TECNO is dedicated to transforming state-of-art technologies into localized products under the guideline of “Think Globally, Act Locally”. By now, TECNO has spread its presence in around 50 countries across the globe. Its product portfolio comprises of smartphones, tablets and feature phones.

Related Topics:PromotedTecnoTecno Mobile
Up Next

My Ambition As A President In 2041