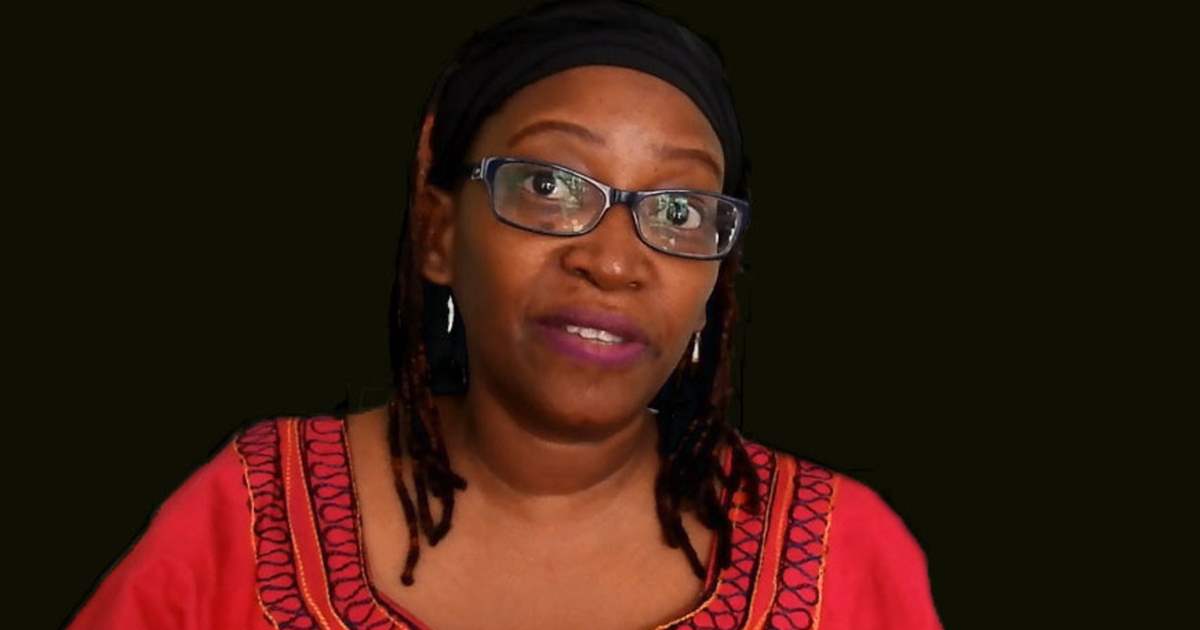 An Ugandan prominent human rights activist and feminist, Stella Nyanzi has been jailed after writing and publishing a poem which shows graphic description of the birth of the Ugandan President, Yoweri Museveni and his mother’s vagina to criticize his “oppression, suppression and repression” of the country, which he has ruled for over 30 years.

Naija News understands that the feminist who shared the poem on Facebook in September was arraigned before Buganda Road Court, was charged with “cyber harassment and offensive communication”.

She was accused of intending to disturb the peace and privacy of President, Yoweri Kaguta Museveni and his mother the late Esteeri.

The poem she wrote, read:

How bitterly sad a day!

I wish the smelly and itchy cream-coloured candida festering in Esiteri’s cunt had suffocated you to death during birth.

Suffocated you just like you are suffocating us with oppression, suppression and repression!

How painfully ugly a day!

I wish the lice-filled bush of dirty pubic hair overgrown all over Esiteri’s unwashed chuchu had strangled you at birth.

Strangled you just like the long tentacles of corruption you sowed and watered into our bleeding economy.

I wish the acidic pus flooding Esiteri’s cursed vaginal canal had burnt up your unborn fetus.

Burnt you up as badly as you have corroded all morality and professionalism out of our public institutions in Uganda.

How horrifically cancerous a day!

I wish the infectious dirty-brown discharge flooding Esiteri’s loose pussy had drowned you to death.

Drowned you as vilely as you have sank and murdered the dreams and aspirations of millions of youths who languish in the deep sea of massive unemployment and under-employment in Uganda.

How traumatically wasted a day!

I wish the poisoned uterus sitting just above Esiteri’s dry clitoris had prematurely miscarried a thing to be cast upon a manure pit.

Prematurely miscarried just like you prematurely aborted any semblance of democracy, good governance and rule of law.

Yoweri, they say it was your birthday yesterday!

How morbidly grave a day!

I wish that Esiteri’s cursed genitals had pushed out a monstrously greenish-bluish still-birth.

You should have died at birth, you dirty delinquent dictator…

You should have died in birth, Yoweri Kaguta Museveni.

She concluded by saying: “If you want to beat me for my heartfelt birthday poem, come and find me at my home.

“Ask the bodabodamen to direct you to Mama Stella’s house with a red gate. I refuse to be gagged!

The academic had stated that she has no case to answer and pushed for her immediate release, but the judgment wasn’t in her favour. Her request for the court to summon 20 defence witnesses, including President Yoweri Museveni himself was also turned down.

Nyanzi is battling three other legal cases among which is “cyber harassment and offensive communication” trial for a poem calling the President a “pair of buttocks,” which she was granted bail.

She is also in dispute with her former employer Makerere University, which dismissed her for staging a naked protest, and a case disputing her inclusion on Uganda’s “no-fly” list initiated by her critical Facebook commentary.

Nyanzi is still being held at Luzira prison where she has been since November 2018.