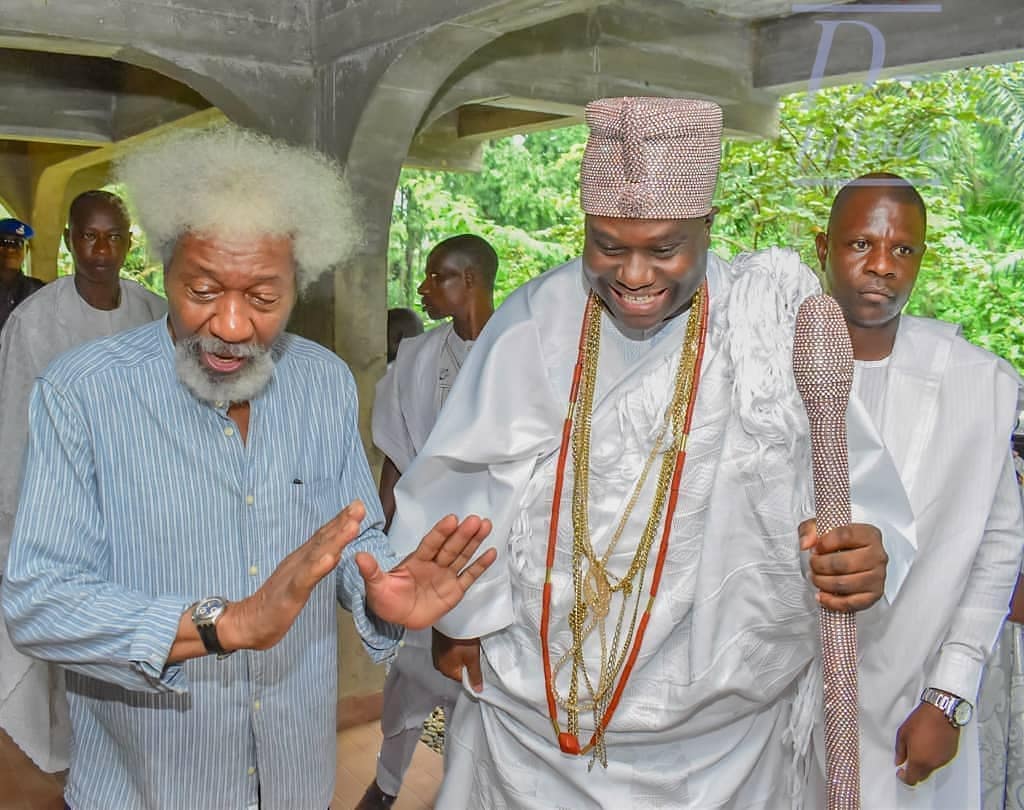 Nigerian Nobel laureate, Professor Wole Soyinka has shared his displeasure about the development around the ruga settlement and the threat by some northern youths in the country.

Naija News understands that the Nobel Laureate expressed his dissatisfaction when one of Yoruba’s topmost monarch, Ooni of Ife, Adeyeye Enitan Ogunwusi, paid him a courtesy visit at his Abeokuta residence.

The duo in a joint communique issued after a meeting expressed concerns over increasing ethnic conflicts in the country and warned that the Nation cannot survive another civil war.

Meanwhile, the statement of the duo as generated several reactions from several Nigerians. Here are the reactions as follows.

Nigerians let us keep watch on Buhari's govt over #Ruga and his committed determination to ensure herders are given your land by deceit or through the rubber stamp @nassnigeria . Protect your homeland as said by Soyinka and Ooni…..
No to #Ruga by all means

The great Ooni of Ife and Pa Wole Soyinka have made clear their take on the Ruga settlement. His Majesty and the literary giant say NO and urge Yoruba leaders to defend their lands. pic.twitter.com/BJ4RZeK5Zl