Kim Kardashian’s lawsuit, which claimed $10 million from the Missguided online clothing brand in February, is finally over. The reality TV star was awarded $2.7 million (about 2.4 million euros) in damages by a judge of a federal district court in California on Tuesday.

“Defendant Missguided USA Finance Inc. did not show up, did not argue and did not defend, and a default order was issued on March 29, 2019,” reads the documents. obtained by E! News.

We also learn that “in accordance with the court’s decision to recognize a judgment by default, the judgment is pronounced in favour of the plaintiffs and against Missguided USA for damages of $2,700,000 and costs of $ 59,600. In addition, Missguided USA is permanently prohibited from using the Complainants’ trademarks for the sale, marketing or distribution of its products. ” 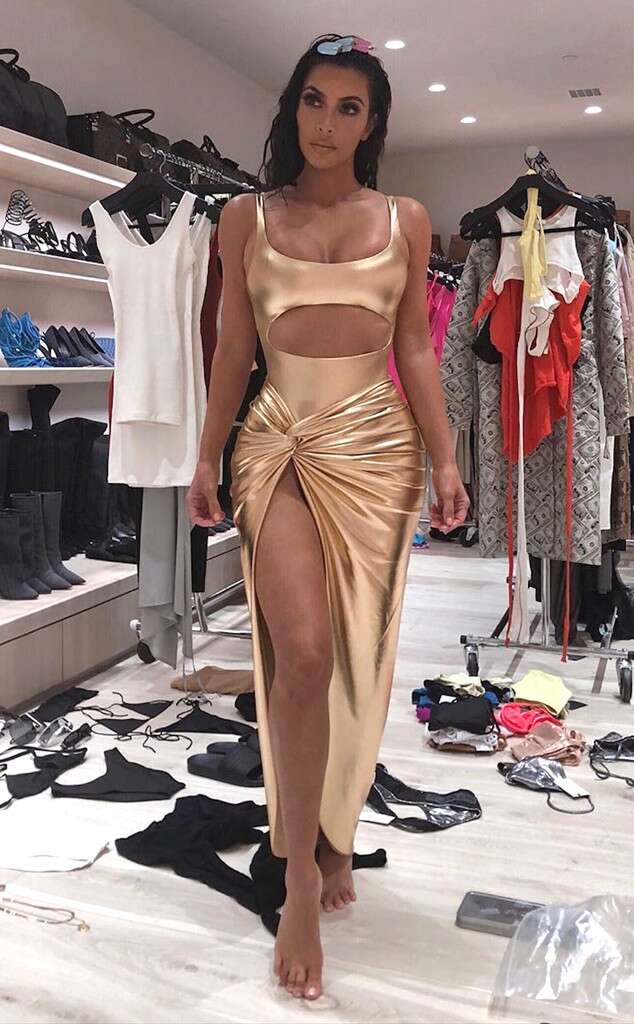 Kim Kardashian is tired of fast fashion brands that steal the original creations of “real designers”.

The queen of KKW Beauty expressed her frustration on her Twitter account: “It is overwhelming to see these fashion brands stealing the creations of real designers who sweat blood and water and put all they had in these original ideas.

The star added, “I see these companies enjoying my husband’s work for years and now it’s about designers who have been generous enough to give me access to their great work, and I can not shut up anymore.”

Although Kim did not name the brands on social media, she filed a $ 10 million lawsuit against Missguided for using her name and image to promote her products online.

E! News obtained the documents detailing the lawsuit against the company based in Great Britain, whose actions would be, according to Kim, “a flagrant and deliberate violation of its regulatory and common law rights.”

The document states that these “companies have sought ways to exploit the celebrity [Kim] and social networks without attempting to obtain consent” and that, therefore, they have made it “an involuntary ambassador and despite it of their products “.

In addition, the complaint alleges that Missguided used Kim’s image for “his marketing and sales strategy” without the approval of the American TV star.

“Like other brands of” fast fashion “Missguided, which sells clothes around the world on its website (among others), has become famous in” copying “the clothes worn by stars like Kim Kardashian.”

The complaint adds, “Missguided does not just replicate the looks of these celebrities on red carpets, paparazzi photos, or posts on social networks.” Missguided consistently uses the name and image of Kardashian and other celebrities to advertise and make people want to visit his site and his clothes. ”

Missguided had answered E! News with the following message:

“We have not received any notice of a lawsuit, but any action based on online jokes would be without merit.” Missguided product buyers know that our speciality is the look of stars for people who do not have their own. For the record, even though we love his style, we do not work for Kim anyway. ” 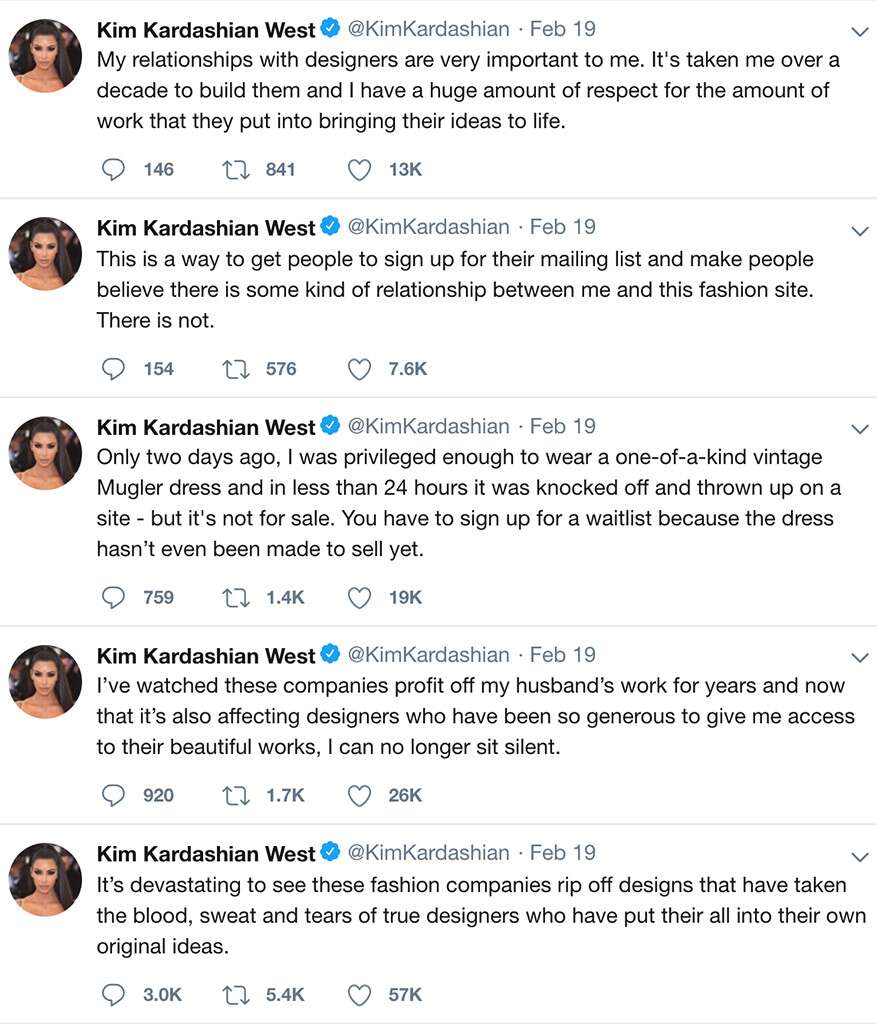 Kim had shown an example of how her brands copy her outfits by writing :

“Just two days ago, I had the privilege of wearing a unique Mugler vintage dress and in less than 24 hours it was copied and swayed on an online sales site, but it’s not for sale You have to register on a waiting list because the dress has not been created yet to be sold. ”

Kim had raised this problem in early February on Instagram. She had put in a golden dress designed by her husband, Kanye West, that she was supposed to wear last summer.

“PS to fast fashion brands, could you wait for me to wear it in real life before copying it?” She added in her post.

Fashion Nova, another brand famous for its imitations of celebrity outfits, was quick to recreate the famous golden outfit.

“Hey @KimKardashian, we could not help it,” wrote the brand jokingly on Instagram.

It is important to note that Kim has not yet filed a complaint against Fashion Nova.

Remember that Missguided ended up copying the same dress. It seems, however, that imitations of Kim’s outfit were erased from the brand’s website.

But Diet Prada has the proof.

Kim concluded on Twitter: “I don’t support what these companies are doing.”