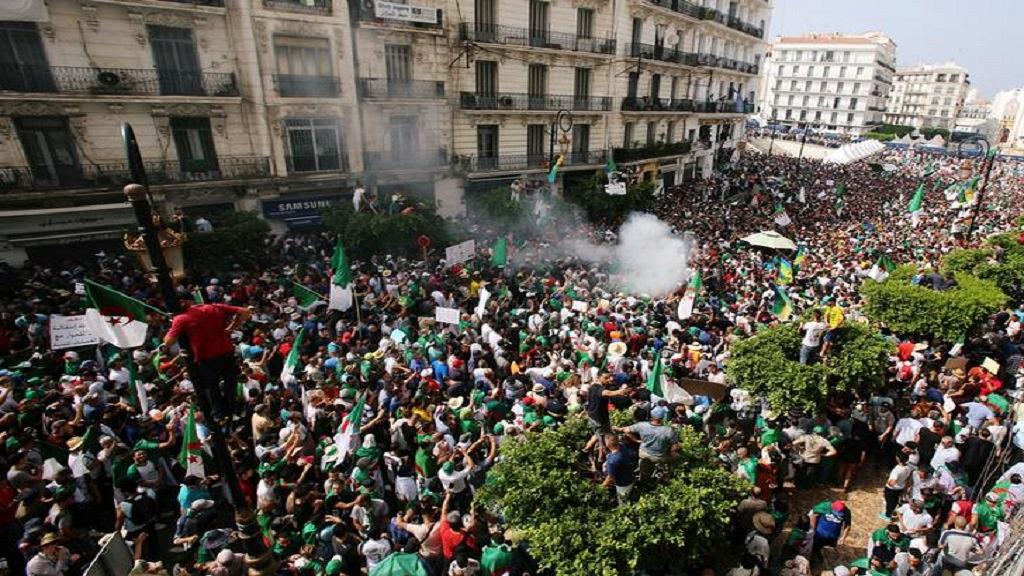 Algerian police on Sunday promised to investigate allegations of alleged violence at a protest on Friday after social media posted a video showing protesters being clubbed by security forces.

Algeria has been the scene since February 22 of an unprecedented protest movement that pushed President Abdelaziz Bouteflika to resign in April after 20 years in power.

This movement now calls for the departure of all actors in the “system” every Friday during massive demonstrations that have so far been accompanied by little violence.

In a statement posted on his Facebook page, the Directorate General of National Security ( DGSN ) said that its Director General Abdelkader Kara Bouhadba had ordered the opening of an investigation after the broadcast “a video showing clashes with the forces of police, probably during Friday’s protest.”

The DGNS stressed “the need to investigate (…) to determine responsibilities and take the measures required by the law.”

The video, widely distributed on social networks, shows two men on the ground being beaten by police who also use their batons.

Interim President Abdelkader Bensalah on Wednesday proposed dialogue to prepare for the presidential elections whose date is not yet fixed in which neither the political authorities nor the army would be involved, excluding also the personalities to the partisan affiliation.

This proposal did not calm the protesters who protested again for a 20th consecutive Friday, demanding the departure of all the former faithful of the ousted president.