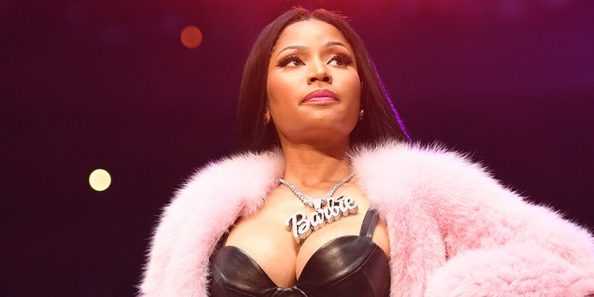 Naija News Understands that She is expected to perform alongside a British musician, Liam Payne and American DJ, Steve Aoki.

The Human Right Foundation who spoke through its Twitter handle @HRF asked Minaj to withdraw from the festival, citing Saudi Arabia’s poor treatment of women and minorities.

Today, @HRF is calling on @NICKIMINAJ to cancel her performance scheduled for July 18 at Jeddah World Fest, a state-sponsored music festival funded by Crown Prince Mohammed bin Salman (MBS). Read our full statement here, including our letter to Minaj. https://t.co/QjjC1WVvCT

Halvorssen also noted that Minaj had recently “celebrated Pride Week to stand in solidarity with the LGBTQ community”, but likened her performing in Saudi Arabia to “condoning, and serving the public relations needs, of a government that executes homosexuals for the ‘crime’ of being who they are.”

The letter was sent to Minaj via email, as well as to her former managers Cortez Bryant and Gee Roberson, and Republic Records’ Robert Stevenson and Ben Adelson.