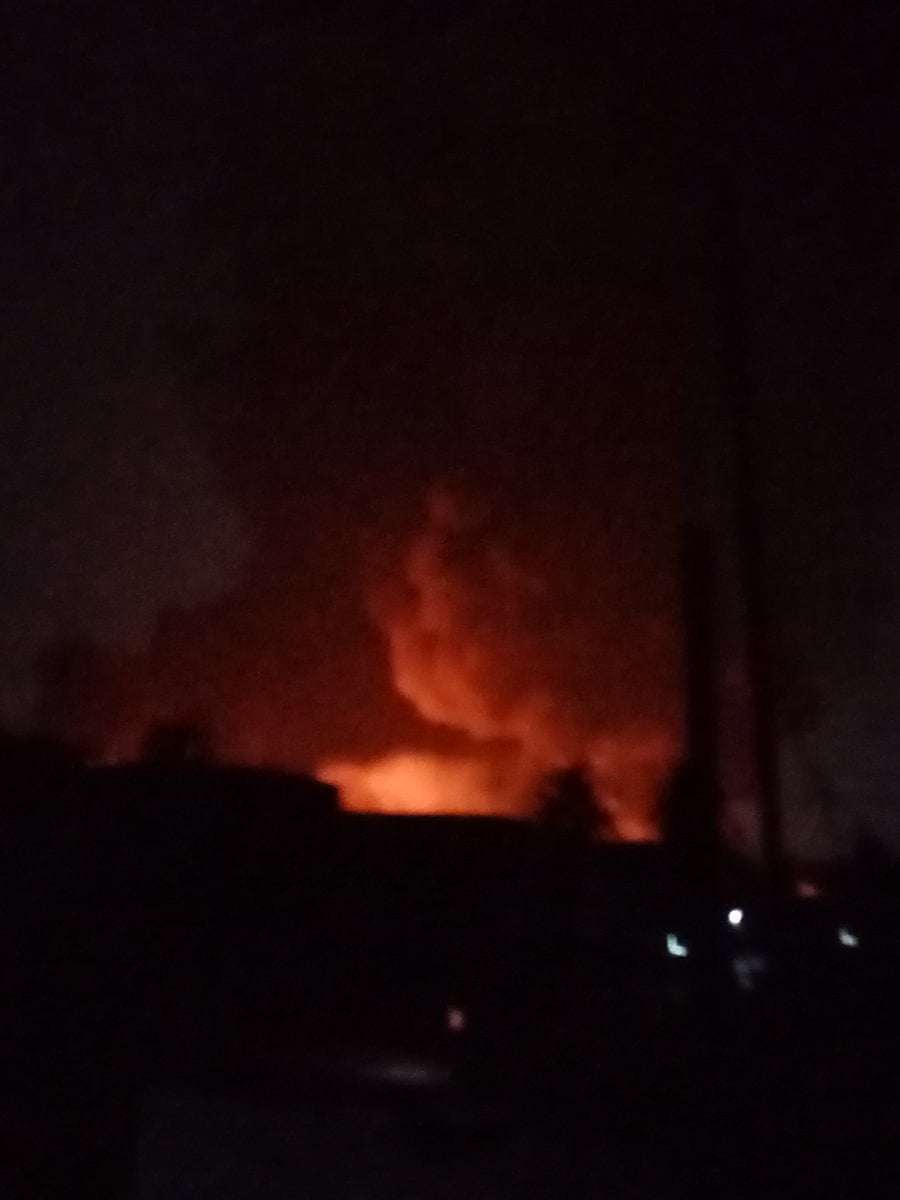 Naija News learned that the explosion which was by some oil pipelines vandalised by hoodlums, saw residents of the community flee from their houses in the early hours.

An eyewitness and a resident of the community, Adeola Adekoya said: “Everywhere is on fire. We’re all outside with our properties. We can’t go to work because the fire is huge.”

Adekoya called for emergency responders to mobilise their men to Ijegun.

The fire is getting much now that the fire service said no more water in their tank @jidesanwoolu @followlasg @Gidi_Traffic #ijegun pic.twitter.com/YRbKGEjqSn

This online news platform reports that there is still contemplation on the main cause of the inferno along Ijegun axis of Satellite town as firefighters from the terminal arrived a few minutes ago at the scene, trying to extinguish the fire.

It was gathered that the affected community has about 12 tank farms operating in it, some of which are A.A. RANO, Emadeb Energy, Wosbab, Chipet Nig. Ltd., Star Oil and Gas, and Bond Global Energy Ltd.

Ijegun, Lagos State is currently on fire due to pipeline vandalism.

I urge everyone living around that vicinity to move to neighboring town for their safety.

It was learned that all the tank farms did not have a fire-fighting boat in case of fire in their depots.

Meanwhile, the explosion is coming after Ibassa Ijegun-Egba Youth Association in the Ojo Local Government Area of Lagos State had pleaded with the state government to remove tank farms from the community, due to incessant fire incidents at the tank farms.

Meanwhile, as at the time of filing this report, the fire that gutted Ijegun community was yet to be extinguished.