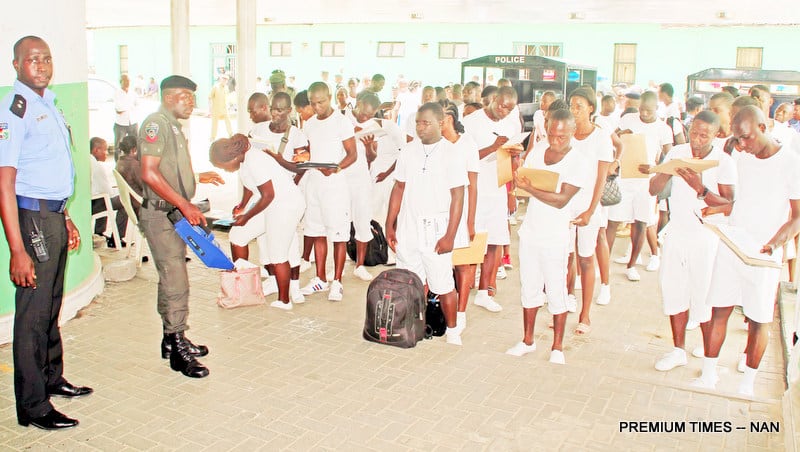 The Police Service Commission (PSC) has announced that no fewer than 2,945 applicants in Enugu State have been shortlisted for physical screening for police constable recruitment in the state.

Naija News reports that the state Police Public Relations Officer, SP Ebere Amaraizu, disclosed this in a chat with newsmen on Tuesday, July 2 in Enugu.

Amaraizu in his speech noted that the applicants were drawn from the 17 Local Government Areas in the state.

Amaraizu urged the applicants to visit the state Police Command Headquarters in Enugu, or their respective local government headquarters in the state so as to check their names and dates of physical screening.

“Shortlisted applicants should report to the state Police Headquarters, Enugu, on the day of their physical screening with the original and photocopies of their credentials.

“They should also come with an office file, evidence of invitation letter from PSC, a duly signed guarantor’s form and two recent passport photographs,’’ he said.

According to him, shortlisted applicants are expected to dress for the exercise in white T-shirt on white snickers.

The week-long exercise that has started since Monday, July 1 is expected to end on July 6, beginning from 7 a.m. to 5 p.m. daily.