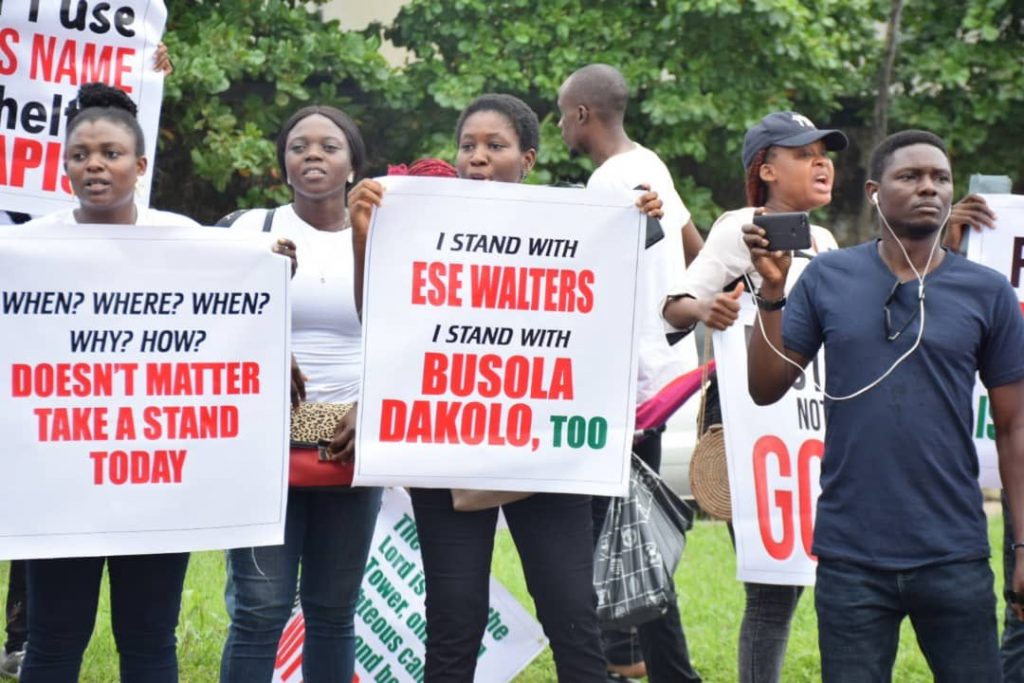 Protesters under the #ChurchTooMovement are currently protesting at the Commonwealth of Zion Assembly (COZA), Abuja.

The protesters stormed the premises of the church over rape allegations levelled against COZA Senior Pastor Biodun Fatoyinbo by photojournalist Busola Dakolo.

Naija News reports that Ese Walter, in 2013, had also accused the pastor of rape alongside other unnamed victims.

The protesters were on Sunday seen with placards which read: ‘We are watching you,’ ‘Your Pastor is not your God,’ ‘Thou shall not rape’ and ‘No to sexual abuse in my church’ ‘God can forgive you in jail’ among others with the hashtag ‘#ChurchToo.’

The protesters, including one of the leaders of the Bring Back Our Girls movement, Aisha Yesufu, could be seen wearing white in solidarity with victims of rape.