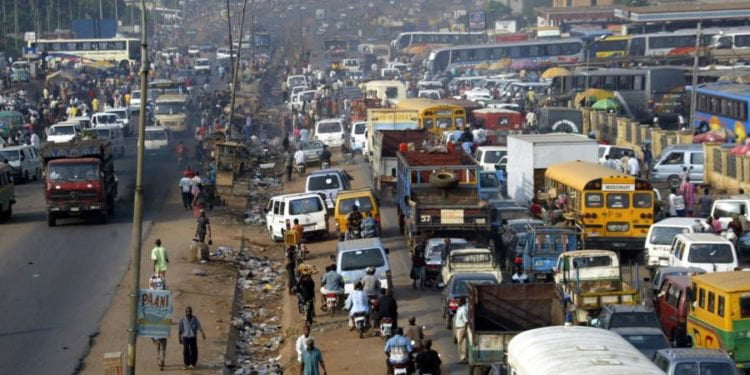 A 40-year old woman identified simply as Ulochukwu Ukwuibe was on Friday crushed to death in a fatal motor accident in Onitsha, Anambra State.

Naija News understands that the deceased was said to have been knocked down by a driver identified as Ezenwata Onyibor at the Upper Iweka Chisco Park.

The accident was reported to have occurred after the vehicle lost failure after it suffered a brake failure while the driver lost control of his vehicle.

While confirming the arrest, Police spokesperson, Haruna Mohammed said the driver of the vehicle had already been arrested, adding that the case was being investigated.

In his words, Mohammed said in a statement obtained by Naija News; “At about 5:30pm, there was a fatal motor accident at upper Iweka Chisco Park by service lane Onitsha involving a Toyota Hiace Bus with REG. No. ABN.425YN driven by one Ezenwata Onyibor.

“The vehicle failed brake and the driver lost control of his vehicle and suddenly knocked down one Ulochukwu Ukwuibe, aged 40 years of No. 24 Izuora Street Okpoko.

“Scene was visited by MTD Personnel attached to fegge Police Station Onitsha and the victim who sustained serious injuries was rushed to Toronto hospital for medical treatment.

“She was later confirmed dead by a medical doctor. Corpse has been deposited at the hospital mortuary for autopsy.”