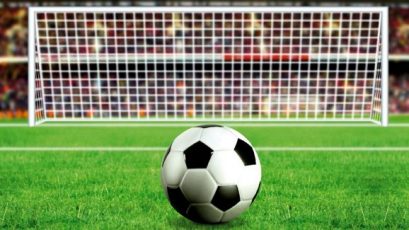 Gandu Football Club of Gandun, Albasa quarters has emerged the winner of the cup for the maiden competition organized by Season Fit, a sportswear outfit based in Kano state.

The Organizers explained that the sports competition, was aimed at keeping the “vibrant youth of Kano” engaged, with the view to keeping them away from being a problem to themselves and to the society.

“It is a common knowledge that an idle mind is devil’s workshop. It is also known that our teeming youths love sports. That is why we decided to come up with this competition to get them engaged,” Abba Sa’id of Season fit has said.

He added that the competition was to serve as a pilot test for bigger competitions to come.

Naija News understands that the use of youths for violence and crimes such as robbery, kidnaps, political thugs, among others have been a major concern in the country.

In the competition, Eight teams participated. They were divided into two groups with four teams each. The team with the highest points in each group qualified for the final match.

At the end of the group games, Nuru Family FC and Gandu FC finished on top of the two groups which earned them the ticket of the final match that ended 4-3 in favour of Gandu FC, which received the trophy.

READ ALSO  Ganduje Vs Sanusi: Court Rules In Favour Of Emir Of Kano

Individuals were also awarded for their performances in the competition as Abba Brazil of Gandu FC received the golden boot award for being the highest goal scorer of the competition with six goals.