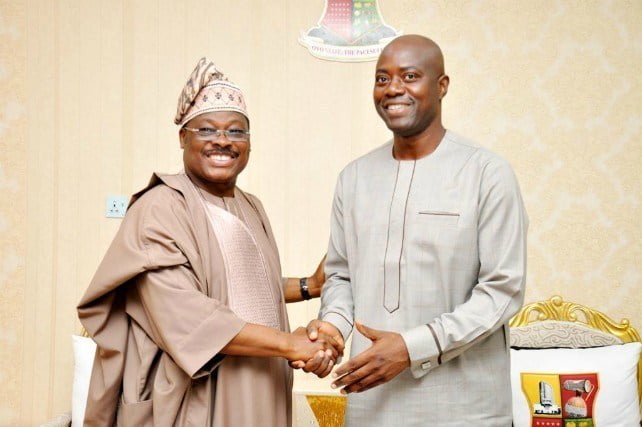 Former Governor of Oyo State, Chief Abiola Ajimobi, has urged his successor, Governor Seyi Makinde to concentrate on building on the successes recorded by his administration.

Naija News reports that Ajimobi in his recent message to Makinde urged the new Governor of the state to ensure that he does not lower the bar of governance in the state and urged Makinde to stop looking for mundane issues.

The former governor made this known at a reception organised for him by the Ibadan Elders’ Forum on Saturday.

READ ALSO  #BBNaija: Tacha, Mike, Ike, Others Up For Eviction (How They Voted)

Ajimobi said that the state could not afford to go backwards in terms of development.

“I pray that Makinde succeeds as governor of the state. It is in our interest that he should succeed.

“We have raised the bar of governance in this state and can’t afford to see it go down again.

“I heard them say that members of our cabinet carted away government cars. We have served and left. He should stop looking at mundane issues,” he said.

He urged the new Governor to build rather than demolish the structures of developmentalism in the state, stressing that his (Ajimobi’s) administration met the state in bricks and left it in marbles.

“He must build and not demolish. He must correct and not destroy. We must not return to the era of brigandage.

“We know the dual carriage roads we built can’t be returned to single lane and the bridges we have constructed cannot be pulled down. We have taken Oyo to greater heights and it must not go down.

“Every journey begins with a step and it ends with a step. We did not achieve perfection but achieved successes,” Ajimobi said.