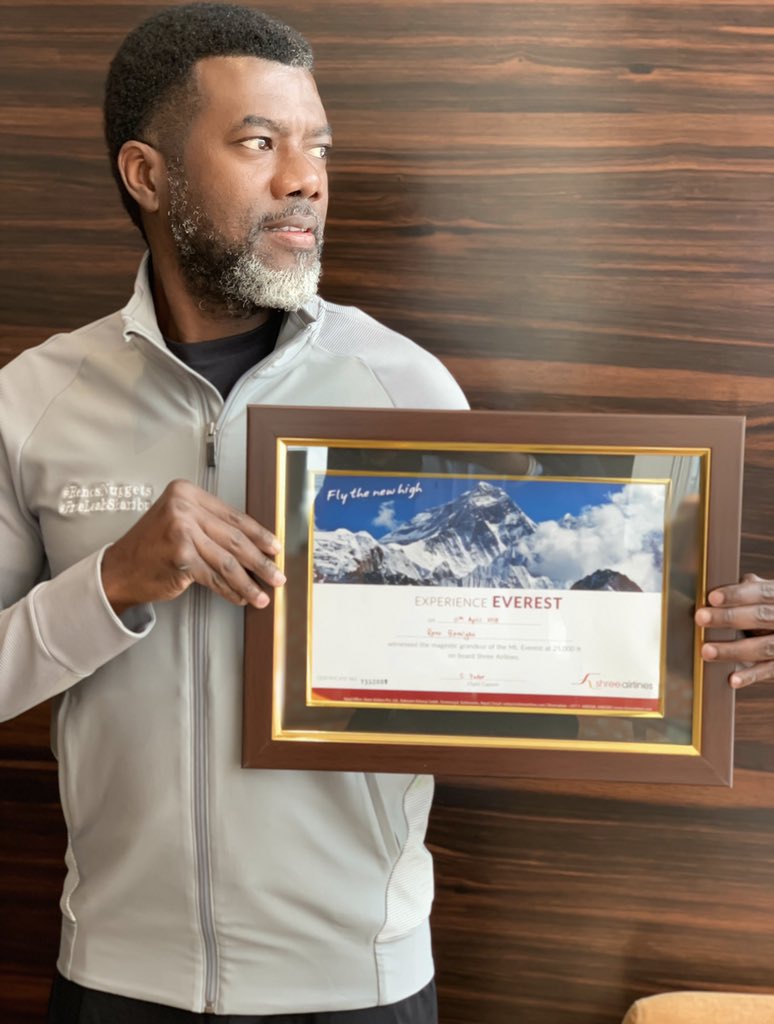 Former Presidential media aide, Reno Omokri, has again expressed his reactions to the accusation by Nigerians of making money with Leah Sharibu, the Dapchi schoolgirl, who was kidnapped by Boko Haram terrorists last year.

Naija News understands that Omokri, who is the Author of Facts V Fiction: True Story of GEJ Years, has been advocating for Miss Sharibu’s release.

In a deliberate attempt to reintroduce her case in national and global consciousness, Omokri had launched a book: “Leah Sharibu: The Girl Boko Haram Left Behind,” and also introduced customized ‘Free Leah Sharibu’ T-shirts for varying amounts of money, which has continued to gain patronized both in Nigeria and globally.

The former Presidential media aide says he has travelled to twenty-seven countries in a bid to fulfil his promise of reintroducing Leah’s case, a tour some say he is using to enrich his pocket. The accusation led to the trending of #RenoUndarted on Twitter on Friday.

While reacting to the allegation that had since been on the trend list accross social media platforms, particularly Twitter, Omokri said he made ₦1 million from the book “Leah Sharibu: The Girl Boko Haram Left Behind” and that the money was transferred almost immediately to Leah’s mother.

“I made exactly ₦1 million from my book Leah Sharibu: The Girl Boko Haram Left Behind. The money spent only 5 minutes in my account. At the 5th minute, it was transferred to Leah’s mother. The transaction was verified by Kaduna state CAN Chairman, Rev J Hayab,” he tweeted.

He went further: “I am currently enjoying the time of my life in Ethiopia and I am too BLESSED to be STRESSED by the DISTRESSED. I started the #FreeLeahSharibu movement and I‘ve not and will not make money from it. I wrote a book on Leah Sharibu and gave ALL the money to her mum.”

Omokri who is displeased with the way Nigerians are dragging him on social media, went a bit further to involve spirituality in the matter.

In a video clip obtained by Naija News in the wake of Saturday, June 22, Omokri placed a Bible, a popular book of doctrine used by the Christian fate, before him and read out the curses in the holy book.

Omokri quoted Proverbs 17:13 Where he stressed that “Evil will not depart from the house” of those who are bent on ruining the good work he had started on behalf of Leah Sharibu.

Omokri encouraged anyone who is confident that he has used Leah Sharibu’s name to enrich his pocket to come up and confront him openly.

Addressing The Lies Being Spread About Me and My #FreeLeahSharibu Movement by Agents of Buhari https://t.co/TgnFdEjnEg