An 18-year old girl identified as Favour Ogheneyenrowho has been reportedly strangled to death and tossed in a ‘Ghana Must go’ by suspected ritualists in Abraka, Ethiope-East council area of Delta state.

It was learned that the victim’s pubic hairs were shaved off before she was murdered and her remains kept packed in a  “Ghana-must-Go”  was disposed at a dump site behind Ozoro park in the town.

Witnesses said there were violent marks around her neck area, indicating that she was violently strangulated.

Narrating how the incident happened, the deceased’s elder sister Maureen Sunday, told the police that Favour, had received a call from a male at about 10 a.m, requesting that she met him at the Abraka park.

She, however, replied the caller that she was going to the market with her elder sister.

Miss Sunday added that on their way out of their residence located along Winners Road, a young man, whom she had never seen before (whom she believed was the same person that called her sister earlier), boarded a motorcycle that stopped at the junction and approached them.

A short conversation ensued between them and her late sister, Favour, joined him on the bike and they rode off, even as she called after her to return early.

Unfortunately, it was the shocking news of her sister, dead and tied with ropes in a sack, that reached her the following day.

When contacted, the Delta State Police Commissioner, Mr Adeyinka Adeleke, explained that what had been discovered so far revealed that the killing of the victim was more of a murder case and not ritual killing.

Mr. Adeleke also revealed that the suspected killer, who is believed to be Favour’s boyfriend, has since been on the run, adding that the state police command was already on his trial.

Explaining the circumstances around the killing of Favour, CP Adeleke said “the lady in question was with the sister and she had a call. When she wanted to leave, she told her sister that it’s her boyfriend that she wanted to go and see.

“After some time she disappeared, they did not see her. the next day they saw her body tied in a sack in a plantain/ banana plantation and her boyfriend runaway .

“So it is not a ritual, but a murder case. The physical sign in her body shows in the neck that she was strangulated. Maybe somebody tempered with her neck and throw her body into the bush and now the boyfriend disappeared till now. He is on the run.

“If he had nothing to do with what happened, why did he disappear? Why is he on the run? That is exactly what happened; not ritual killing, but a case of murder. Her body has been taken to the mortuary“, he explained.

Meanwhile, Naija News recorded in February how a 45-year-old woman, Aderonke Ayinde in Ogun State was arrested while she allegedly tried to dump the corpse of her lover in the bush. 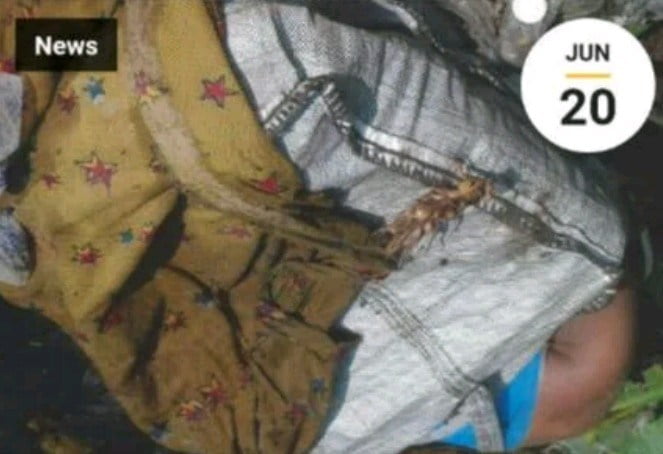 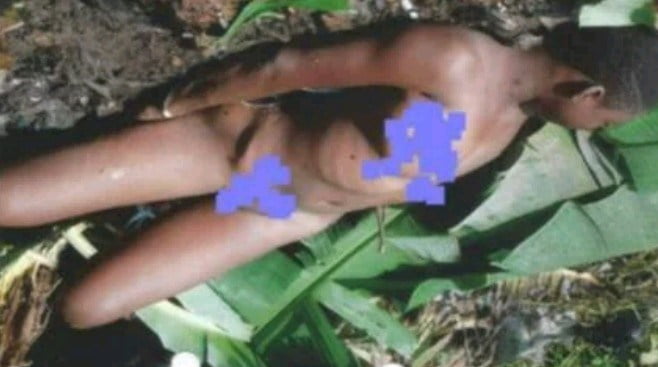