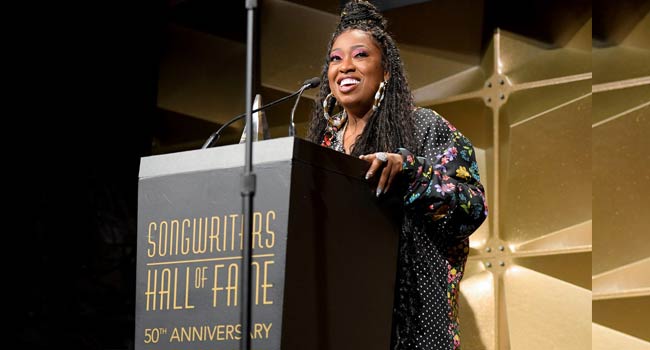 Five-time Grammy award winner and international female rapper, Missy Elliott has been honoured for her contribution to the music industry.

Naija News understands that she was honoured at the 50th annual Songwriters Hall of Fame 2019 induction ceremony, on Thursday night. She made history by becoming the first female rapper inducted

At the ceremony, Queen Latifah inducted Elliott and gave a heartfelt speech on their friendship. Former first lady Michelle Obama also shared her appreciation for Elliott.

“Missy, I want to thank you for all of your trailblazing ways,” Obama said in a taped video that aired during the event. “Thank you not for just sharing your gift with the world, but for being an advocate for so many people out there, especially young girls who are still figuring out how to make their voices heard.”

“I want to say one thing to the writers, to the upcoming writers: Do not give up. We all go through writer’s block. Sometimes you just have to walk away from a record and come back to it. But don’t give up because I’m standing here. And this is big for hip-hop, too.”

Lizzo, who recently collaborated with Elliott on the single “Tempo,” wore Elliott’s trademark finger-wave hairdo, and she brought out Elliott’s “Sock It 2 Me” collaborator Da Brat to do her rapid-fire verse. It looks like Lizzo hit some big notes, too. Here’s some cell-phone video of the performance: