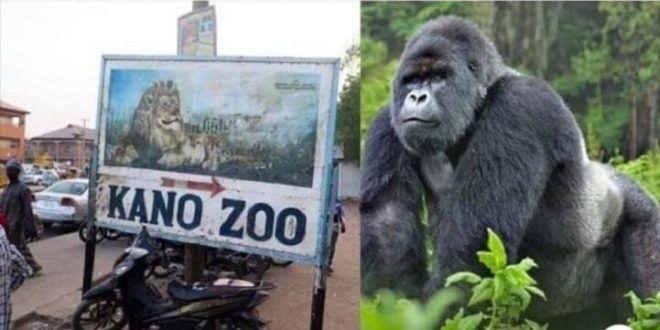 The Kano State Zoological garden has finally reacted to a report that a huge Gorilla swallowed the sum of seven million Naira.

Naija News understands that a finance officer had claimed that “a huge Gorilla” sneaked into their office to “swallow” the money raised during the last Sallah celebrations in the state.

However, while reacting, the Managing Director of the zoo, Mallam Umar Yusif Umar dismissed the report, stressing that the money was stolen by burglars who had invaded the zoo and not Gorilla as earlier claimed by the finance officer.

Speaking with Guardian, Umar said: “I was called midnight on Sunday 9th, June, by the head of security that armed robbers burgled our office, including the revenue office.

“About 6.30am, I left my home for the office and immediately I arrived I met my office and that of all the directors opened.

“Instantly I called the DPO, Sharada police station and reported the case to him. As far as I’m concerned, I suspect theft and nothing close to Gorilla.”