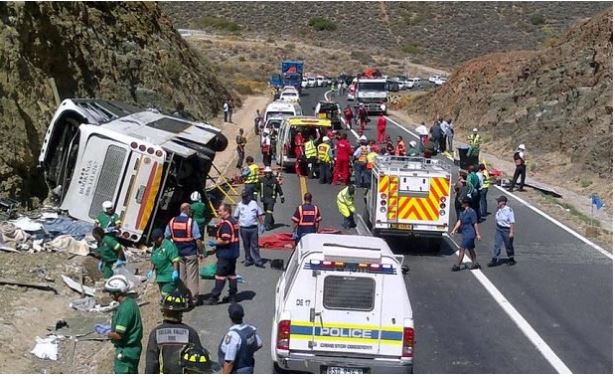 Twenty four (24) persons have been killed while four others have been left injured when a passenger bus and a smaller transport vehicle collided in north-east, South Africa.

Naija News reports that the South African Police revealed that the incident occurred when the vehicles crashed head-on in the town of Modjadjiskloof in Limpopo province.

The provincial police spokesman, Moatshe Ngoepe, said in a statement that the Police are investigating the cause of the accident and had laid a charge of culpable homicide against the drivers.

As at the time of this report, authorities were still in the process of identifying those killed in the accident.