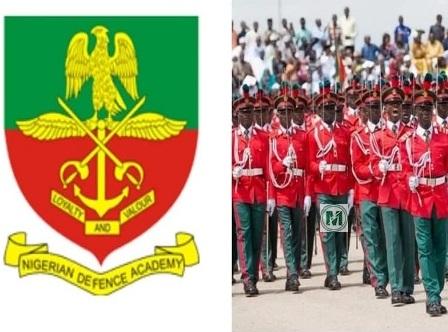 The Nigerian Defence Academy (NDA) has released names of applicants who participated in the Screening Test held on June 8, 2019.

In a statement by the NDA Academy Registrar, Brig. Gen. I. M. Jallo, the candidates are to appear for an interview before the Armed Forces Selection Board (AFSB) from June 22 to August 10, 2019.

The shortlisted candidates were also advised to download both the Attestation and Parent Guardian Consent Forms from the NDA applications portal (rcapplications.nda.edu.ng).

“Candidates who fail to report by Saturday 22 June 2019 and Saturday 13 July 2019 for Batches 1 and 2 respectively, will NOT be allowed to attend the interview. Any candidate in Batch 2 who is seen around the NDA premises before 13 July 2019, will be disqualified. All candidates will be accommodated and fed throughout the duration of their stay for the AFSB,” the release read.

“Candidates must bring along the original and 2 photocopies each of the following documents:

“Attestation Form of State/Local Government Indigeneship duly signed by the SSG or Chairman of Local Government, as the case may be. Certification obtained from a military officer from the candidate’s state of origin, who must be of the rank of Lieutenant Colonel and above or equivalent in the Nigerian Navy and Nigerian Air Force, may be used in place of Local Government Indigeneship Certificate. In this case, the officer must indicate his formation/unit, appointment, contact address, phone numbers and e-mail address.

“The officer must also affix formation/unit stamp and sign. Parent/Guardian Consent Form. Bank Verification Number (BVN) including your Account Number. Candidates who fail to bring along the documents listed above will be disqualified. Any ALTERATIONS on the documents will attract outright disqualification.

“Candidates are to also bring along with the following items: a. Writing materials. b. Three blue shorts and 3 white (round-neck) T-shirts. c. A pair of white canvas shoes and 3 pairs of white socks. d. Toiletries. e. A non-refundable fee of N2, 500.00 each for verification/confirmation of results at WAEC/NECO office. f. Scratch cards for WAEC and/or NECO results for online confirmation of result. g. Four recent coloured passport photographs. h. The second copy of Postcard Photograph that was presented and endorsed at the Exam Centre during the NDA Screening Test.i. Transport money to and from Kaduna.”