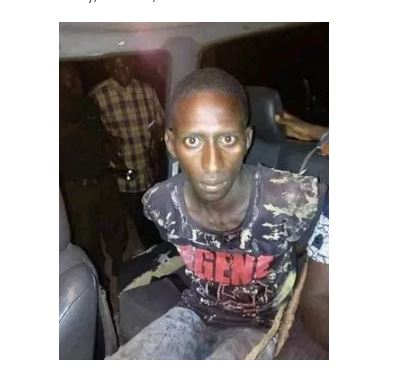 A middle-aged herdsman on Tuesday hacked his wife to death in Ilasa Ekiti, in the Ekiti East Local Government Area of Ekiti State.

Naija News reports that the herdsman killed his own wife when he reportedly chopped off her head with a machete.

The incident of Tuesday has already thrown the community into confusion.

According to report, the victim was said to have been attacked a stream where she had to fetch water in the company of her younger sister.

Although the unjustifiable reason for the herdsman killing the wife is still unknown, the younger sister who was helpless ran for her dear life after sighting his brother-in-law in the horrible action against her sister.

He was reported to have brought down the head of his wife just as his wife bent down to collect some water from the stream. He immediately fled the scene after committing the crime.

The trouble that led to the death of his wife started last month when the suspect requested the lady to spend the Eld-el-Fitr with him.

“The failure of the family of the lady to release her before, during and after the celebration angered the suspect who assumed the contract had been breached by the family, hence the dastardly act,” Naija News understands.