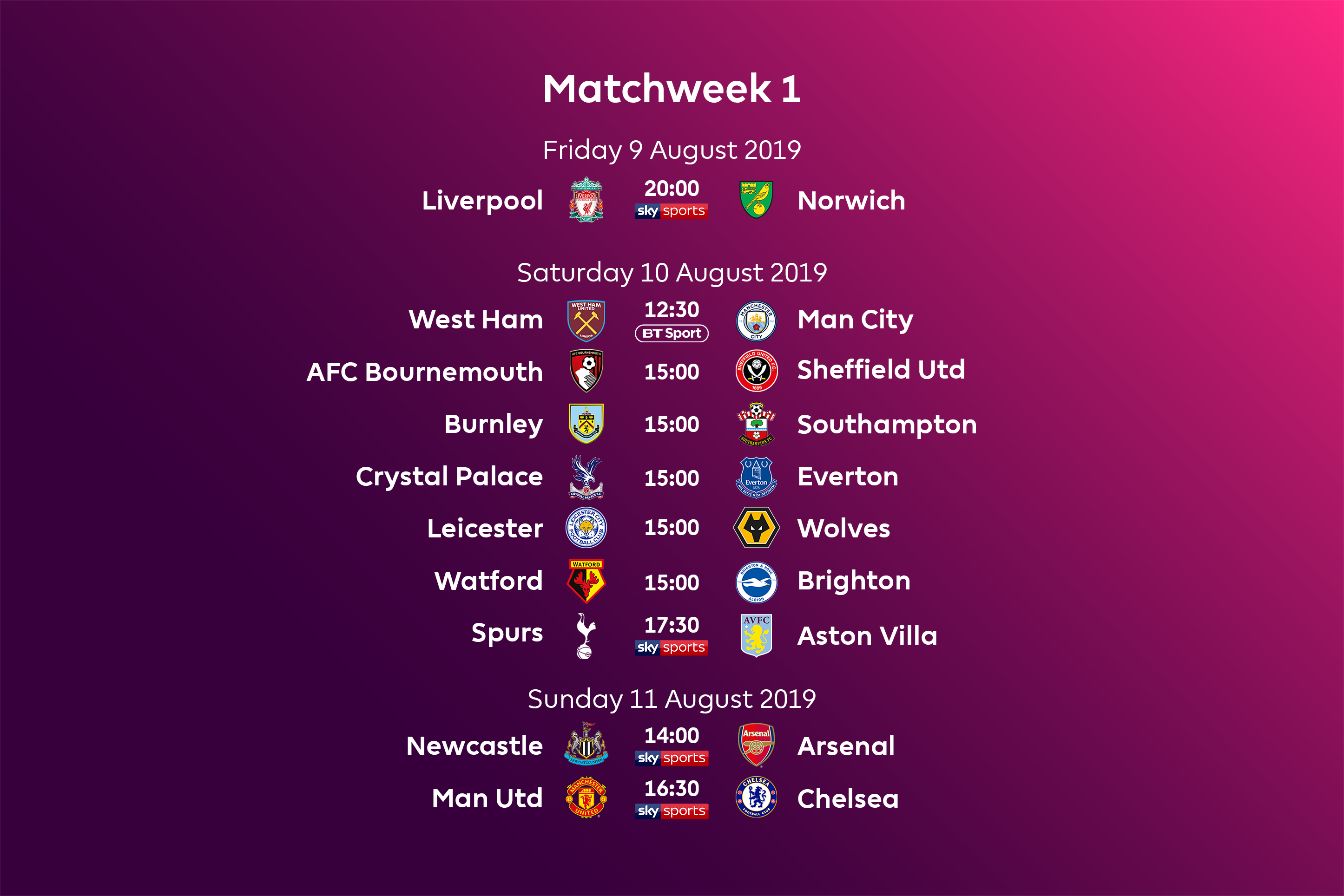 The fixtures for the 2019/2020 English Premier League was on Thursday released.

Premier League champions Manchester City kickstart their premier league title defence away at West Ham on Saturday, August 10, with Pep Guardiola’s side to meet Liverpool at Anfield on November 9 – before the return at the Etihad on April 4, 2020.

Manchester City will finish with Watford away (May 9) and Norwich at home on the final day.

EPL runner-up Liverpool will begin next season league campaign against Norwich on Friday, August 9 – with Manchester United vs Chelsea on Sunday.

Newcastle host Arsenal (2 pm) in what could be a tricky tie for the Gunners before Chelsea play Manchester United at Old Trafford (4.30pm) in the first Super Sunday of the season on August 11.