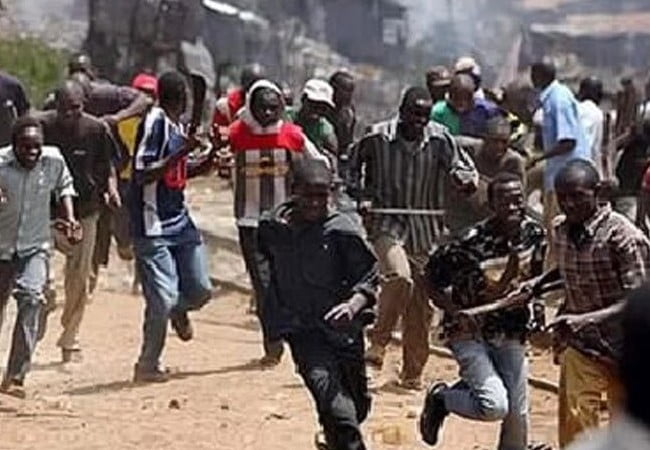 See What Happened In Enoch Adeboye’s Hometown In Osun State

The Sabo Market in Ifewara, the headquarters of the Atakumosa West Central Local Council Development Authority of Osun State has allegedly been set on fire following a violent clash between some Yoruba and Hausa youths in the town.

Punch gathered that the clash started after a man identified as Demola was attacked by some Hausa youths at a mining site around Oke Oguro, a village under Ifewara.

Naija News understands that Ifewara is the hometown of the General Overseer (Worldwide) of the Redeemed Christian Church of God, Pastor Enoch Adeboye.

A source in the town disclosed that the Hausa youths working in mining sites around Oke Oguro attacked Demola and took an undisclosed amount of money from him.

It was gathered that after the victim escape from his attackers, he mobilized other young residents of the town and launched an attack on the area where Hausa traders live.

The source said, “Demola was attacked by some Hausa youth in a mining site around Oke Oguro. They attacked him and took his money.

“Demola later told other youths in the town what had happened and they mobilised and attacked the Sabo area where Hausa traders are living. As far as I know, no live was lost, but Sabo market had been razed. Demola has been taken to an undisclosed hospital for treatment.”

A resident, identified simply as Gbeminiyi said one house was set ablaze in Sabo, but the fire escalated and affected others because a gas retail shop was close to the house that was set ablaze.

The spokesperson for the police in Osun state, Folasade Odoro, said the situation in the town was under control.

“We have deployed our men in the town. The situation is under control. No casualty please,” Odoro said.

The Chief Press Secretary to Osun State Governor, Mr Adeniyi Adesina, also said the police were on top of the incident.