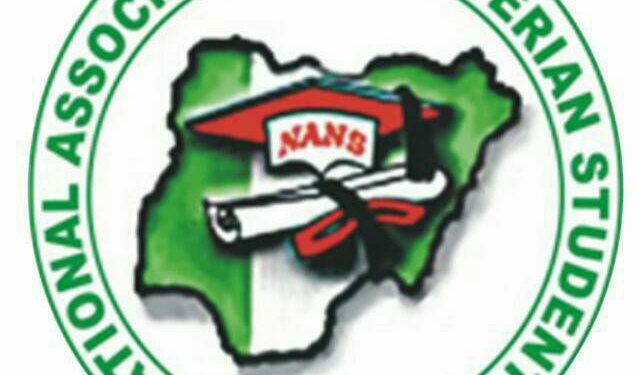 The National Association of Nigerian Students (NANS) on Tuesday hit the roads and headed straight to the Federal High Court in Awka, Anambra State, to protest what it described as the ‘unlawful’ arrest, detention of their colleagues.

Naija News understands that the Student’s association also protested the arraignment of some of their colleagues.

The protest by the students comes after Six students of Madonna University, Okija, Anambra State, and a lecturer, were arrested and detained in February for an alleged opinion they posted on Facebook.

The Association revealed that the students and lecturer were recently arrested over their online post about poor management in the institution.

The protesting students gave the university an ultimatum of one week to withdraw the case against the students or they would mobilise nationwide and shut the university.

The protesters were led by the Vice President, National Affairs, Chidi Ilozobe, described Madonna University’s action as anti-democratic and primitive.

The six students earlier in the week appeared in court for further hearing on their release but were taken back to Amawbia prisons because the court did not sit due to the absence of Justice Babatunde Quadri.

The matter was however adjourned till July 2 for further hearing.

While stating their demands, Ilozobe said: “We came to register our dissatisfaction on how the management of Madonna University is treating our members. Sometime in February, we got information that the police, following a petition by the school management, arrested some students.

“According to them, these students were criminals, cultists and fraudsters; but we know that our members are not kidnappers, fraudsters or cultists. We decided to investigate the matter and understand that the petition was written to get the accused out of the National Youth Service Corps (NYSC) camp and their parents’ houses.

“A further investigation revealed that the school management was acting because the students wrote against them on the social media. One of them wrote that “Good lecturers are scarce. Madonna University Administration should be nice to our lecturers or a good number of them will resign”.

“Is this an offence against the school? We are not in a tyrannical or dictatorship rule, and we are not practicing totalitarian system where the masses have no voice. Students are intellectuals and are allowed to speak whenever they feel things are not going well, most especially on our campuses.

“We are here to tell the Inspector-General of Police that they were told lies. Our students are not criminals or kidnappers; they just wrote on Facebook and Whatsapp. We have freedom of Expression.

“The Madonna Umanagement may think it has money to hire senior lawyers or intimidate students, but we want to tell them that it is a lie. If a wrong judgment is passed at the Federal High Court, and they go to jail, we will shot down Madonna.

“We gathered that they have been granted bail but not released. What we are saying is that they should be given unconditional bail. We are issuing a seven-day ultimatum to the management of Madonna University; if this case is not withdrawn within seven days, we will mobilise students from all over the country; we will relocate from our houses with mattresses, cooking stoves, gas and pots to the school gate to shut the university. This is not a threat, it is a promise.”