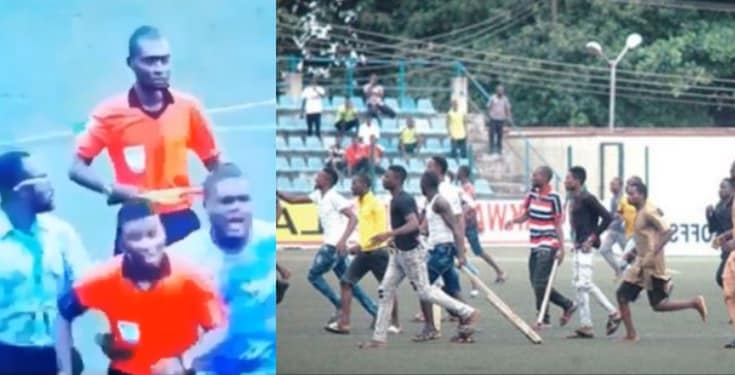 The official Referee of the NPFL Championship Playoff match between Kano Pillars and Rangers International of Enugu, took to his heels when supporters invaded the football pitch.

Naija News reports that the match that took place at the Agege Township Stadium on Monday evening ended in violence when the supporters invaded the pitch.

It all started when Kano Pillars were leading 1-0 after midfielder Rabiu Ali curled in a free-kick in the 58th minute to put his team ahead.

Subsequently, in the 87th minute, Rangers were awarded a penalty which was scored by striker Godwin Aguda to earn the Enugu-based side a valuable one point.

After the match, Kano Pillars captain Ali who seems not to be excited with the way the match turned out, confronted the referee, Adebimpe Quadri, while a mob armed with various instruments stormed the pitch and followed the Captain to approach the Referee in an attempt to attack him.