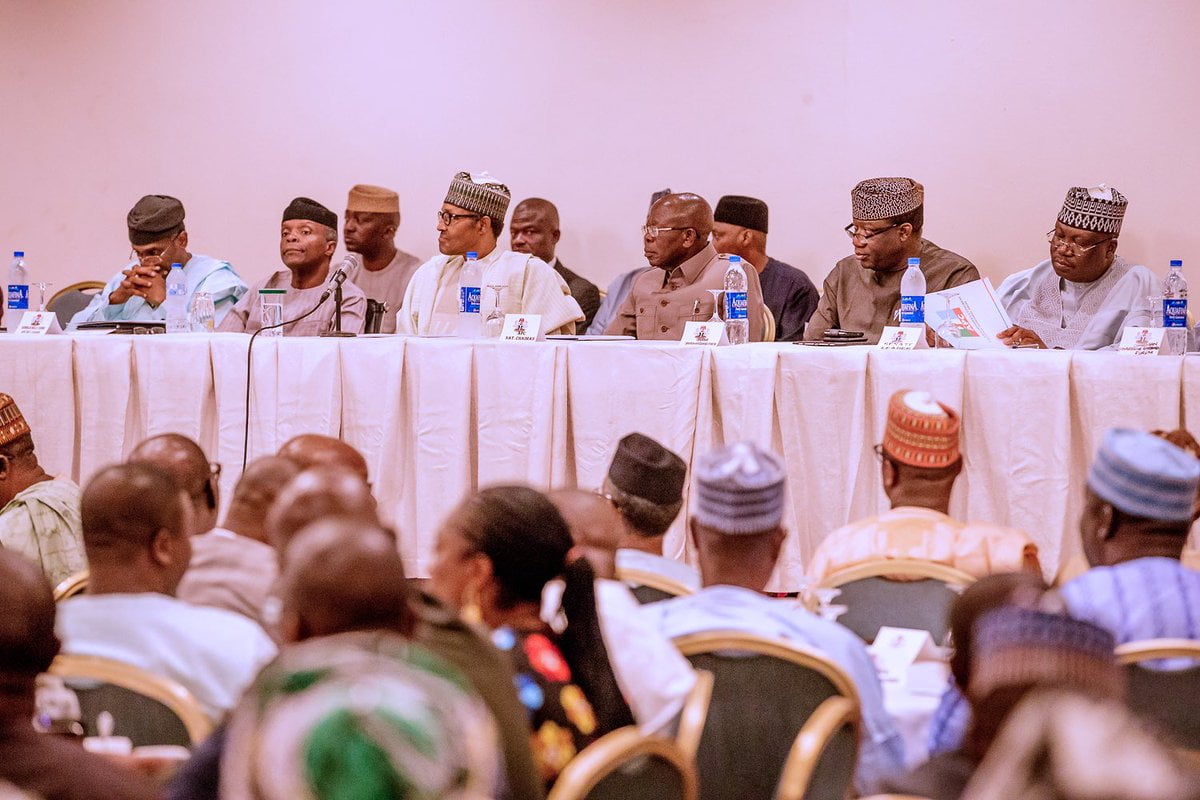 President Muhammadu Buhari on Monday night, June 10, met with members of the All Progressives Congress (APC) Caucus behind closed doors.

Naija News learned that the meeting commenced around 9.30pm at the Ladi Kwali Conference Centre in Abuja, Nigeria’s capital.

The meeting came a few hours to the inauguration of the 9th National Assembly.

Naija News reports that the 9th National Assembly will be inaugurated on Tuesday, with Ahmed Lawan (Yobe) and Ali Ndume (Borno), both on the platform of the APC seeking to be the President of the 9th Senate.

Just like the Senate Presidency race, Orji Uzor Kalu (Abia), Francis Alimikhena (Edo), Kabiru Gaya (Kano) and Ovie Omo-Agege (Delta) are in a hot chase for the position of the Deputy President of the 9th Senate.

Naija News understands that the leadership of the APC has endorsed Lawan for the 9th Senate Presidency position while Gbajabiamila has been endorsed as the Speaker of the House of Representatives.