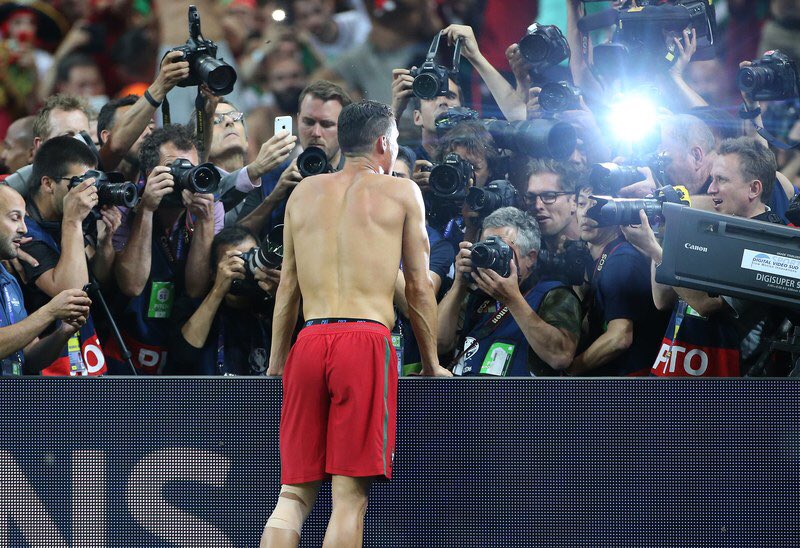 Juventus and Portugal forward, Cristiano Ronaldo, noted that he will not speak on the 2019 Ballon d’Or after his side defeated Netherlands 1-0 in the UEFA Nations League final on Sunday.

The Portugal captain is expected to compete with Barcelona’s Lionel Messi and Virgil van Dijk for the award.

According to Daily Star, the former Real Madrid player was asked during his post-match press conference to suggest who will win the 2019 Ballon d’ Or.

The five-time winner of the award wasted no time as he walked away, saying: “No, I will not speak about the Ballon d’Or.”

Recall that Ronaldo and Messi did not attend the award presentation of 2018 Ballon d’Or.