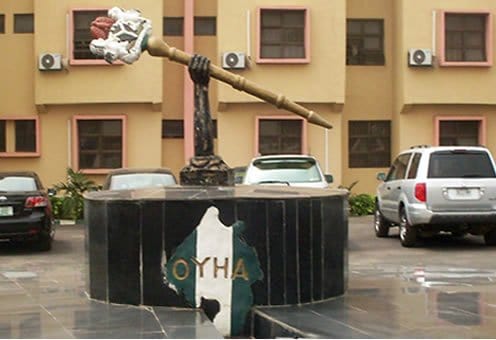 Thirty-two-year-old, Adebo Ogundoyin has been elected as the Oyo state house Assembly Speaker.

Naija News understands that Ogundoyin, a graduate of Babcock University emerged unopposed and with the unanimous voice vote of the 32 members Assembly.

His emergence is favoured by a combination of factors such as his party affiliation, zoning consideration and experience being one of the four returning lawmakers to the Ninth Assembly on the platform of the ruling Peoples Democratic Party (PDP)

In the same vein, the lawmaker representing Ona Ara state constituency also emerged the Deputy Speaker through the unanimous voice vote of the lawmakers.

The event which is being witnessed by the Governor Seyi Makinde, his deputy, Rauf Olaniyan among other top government functionaries and stakeholders is currently only at the hallowed chamber of the Assembly.

The election of other principal officers underway.