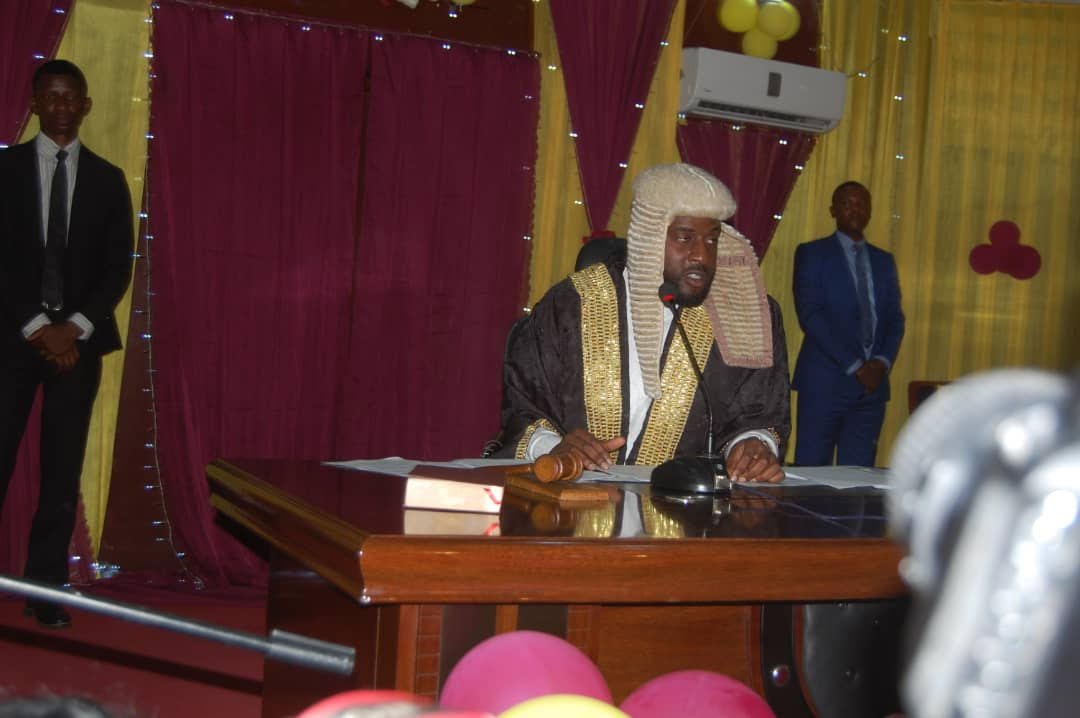 Adebo Ogundoyin, the only returning lawmaker out of the 26 members elected on the platform of Peoples Democratic Party (PDP), Nigeria’s main opposition party, has emerged Speaker of the Oyo State House of Assembly.

Naija News understands that the 32-year-old member representing Ibarapa East Constituency, emerged the speaker of the Assembly after he was nominated by Adebayo Babajide, representing Ibadan North Constituency for the Speakership position and seconded by Adeola Bamidele from Iseyin/Itesiwaju local government.

This online news platform learned that Ogundoyin was unanimously elected by the entire 32 lawmakers of the State on Monday, June 10.

Ogundoyin, who is one of the sons of the late philanthropist and industrialist, late Chief Adeseun Ogundoyin, was sworn in by the clerk of the assembly, Ms. Felicia Oyediran.

Naija News recalls that Ogundoyin won the Ibarapa East by-election June 2, 2018, to fill the post rendered vacant by the death of the late speaker of the 8th Oyo State House of Assembly, Michael Adeyemo.

Speaking after his emergence as the speaker, Ogundoyin promised to operate an open door policy.

This, he said was necessary in order to avoid any form of mistrust among lawmakers and also between the legislators and executives.

His words: “Our state sets the pace of a new generation leaders by electing me as the youngest Speaker in the history of the state and Nigeria.

“Politically, Oyo state has always set pace for good things in the Nigeria, and I promise, we the 9th will raise the bar of quality representation of the people.

“I need your support, cooperation, and advice on how to move the house forward and you are free to call me to order when I am about to drift.”

“Our dream is to make Oyo State House of Assembly a model to others across Nigeria. I believe with the continuous support and cooperation of all other lawmakers in the house, His Excellency Governor Seyi Makinde and his cabinet, our great party, the Peoples Democratic Party, PDP and the people of Oyo State, we are going to make laws and formulate policies that will alleviate our people from suffering and make them proud of us,” he added.