President Muhammadu Buhari‘s decision to keep the list of his next cabinet close to his chest has left many top politicians in a state of anxiety and confusion.

Naija News understands that the president cannot make the list of his next cabinet known to the public because the 9th National Assembly is yet to be inaugurated.

Buhari will have to send the list to the Senate as “executive communication”.

However, that has not stopped politicians interested in various position from lobbying to get on the next cabinet that will terminate in May 2023.

An insider told TheCable that the president has continued to keep everybody guessing on the final list.

“The president has given nothing away basically,” said the insider who is ordinarily in the know of things.

“Up till now, we do not know if he would pick 36 ministers, as he did in 2015, or 42 by picking an additional minister per geo-political zone. And nobody can say for sure that they know who is on the list and who is not. The president is keeping everything closet to his chest.”

One of the positions that have generated a lot of interest in the Office of the Chief of Staff to the President.

This office is known as the engine room of the presidency where top government officials must pass through in other to get access to the president.

“There is a big battle for the office of the chief of staff, which many consider to be the prime minister position if it were a parliamentary system,” the insider added.

It is also speculated that the Secretary to the Government of the Federation (SGF), Boss Gida Mustapha, may retain his position as he is in the good books of Buhari. 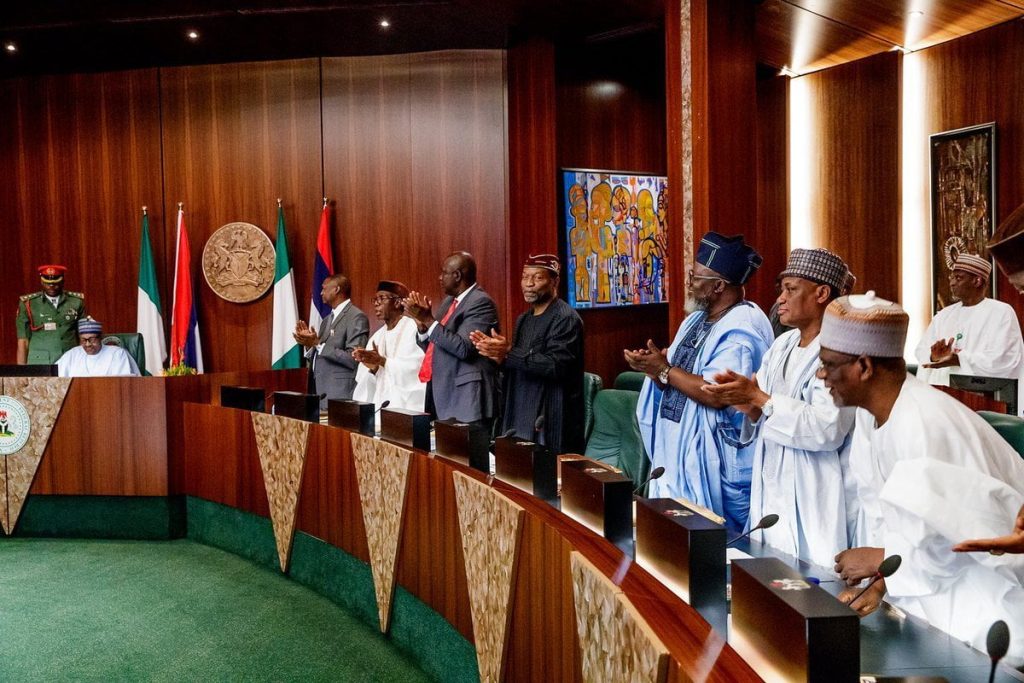 Some ministers had been a shoo-in for re-appointment and while there is yet no indication that they will not return, “everything has become fluid”, according to another Aso Rock insider.

Former minister of transportation, Rotimi Amaechi, is set to return to his former position.

“Buhari, for obvious reasons, cannot drip Amaechi from the cabinet. It would amount to double jeopardy for Amaechi after the events in Rivers,” the insider told TheCable.

Suleiman Hussein Adamu, who was the minister of water resources, is still expected to return.

Hadi Sirika, minister of state for aviation, is also on the list of those likely to be retained along with Suleiman Hassan, minister of environment, amongst others.

However, Babatunde Raji Fashola, the minister of Power, Works and Housing may have to slug it out with former Lagos State governor, Akinwunmi Amobe for the slot of the state.

“If Buhari goes for 42 ministers, Ambode will fill the slot of either Lagos or south-west, but nobody can say for sure how the president’s mind is working,” the second insider said.

Despite Abubakar Malami’s interest in the chief of staff position, he may return to his former position as the nation’s number one legal officer.

Ibe Kachikwu, minister of state for petroleum resources, is also a possible returnee but may face stiff competition from Maikanti Baru, the group managing director of the Nigerian National Petroleum Corporation (NNPC).