No fewer than 64 Senators-elect of the Nigerian Senate, on Saturday, endorsed Ahmed Lawan as unopposed to contest for the position of the Senate President.

While Lawan is backed by the leadership of the APC including President Muhammadu Buhari, Ndume on the other hand, has vowed not to step down for him just like Senator Danjuma Goje.

This online news platform understands that the 64 Senators-elect endorsed Lawan as unopposed to contest as Senate President on Saturday ahead of Tuesday’s inauguration of the 9th National Assembly.

Senator Yahaya Abdullahi from Kebbi, who is the campaign group Chairman and a second timer, explained that they proactively nominated Lawan to avoid a repeat of what happened in 2015.

At the gathering, Senator Jibrin Barau, Secretary of the Campaign group, called names of Senators that have so far endorsed Lawan’s candidacy. 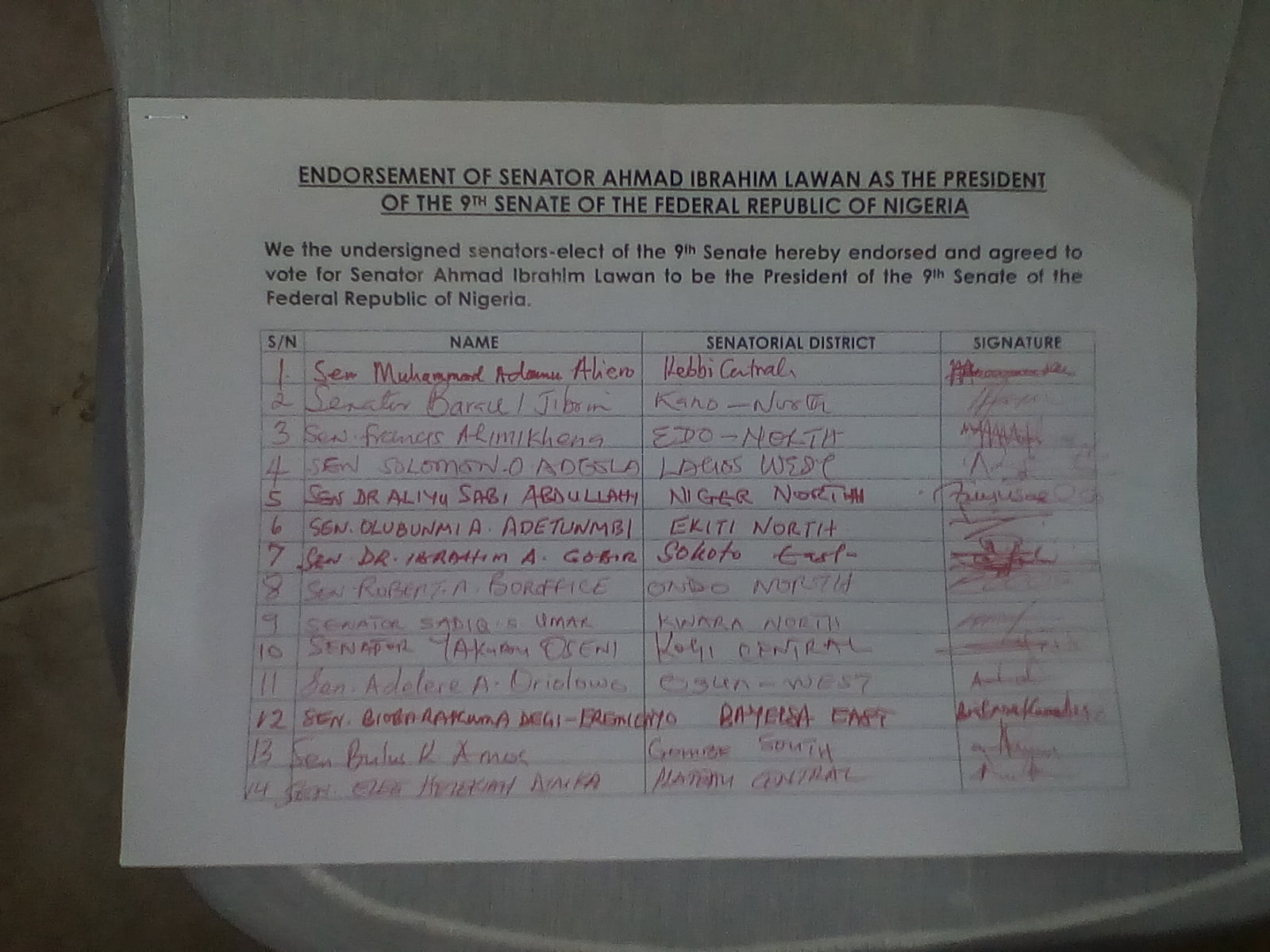 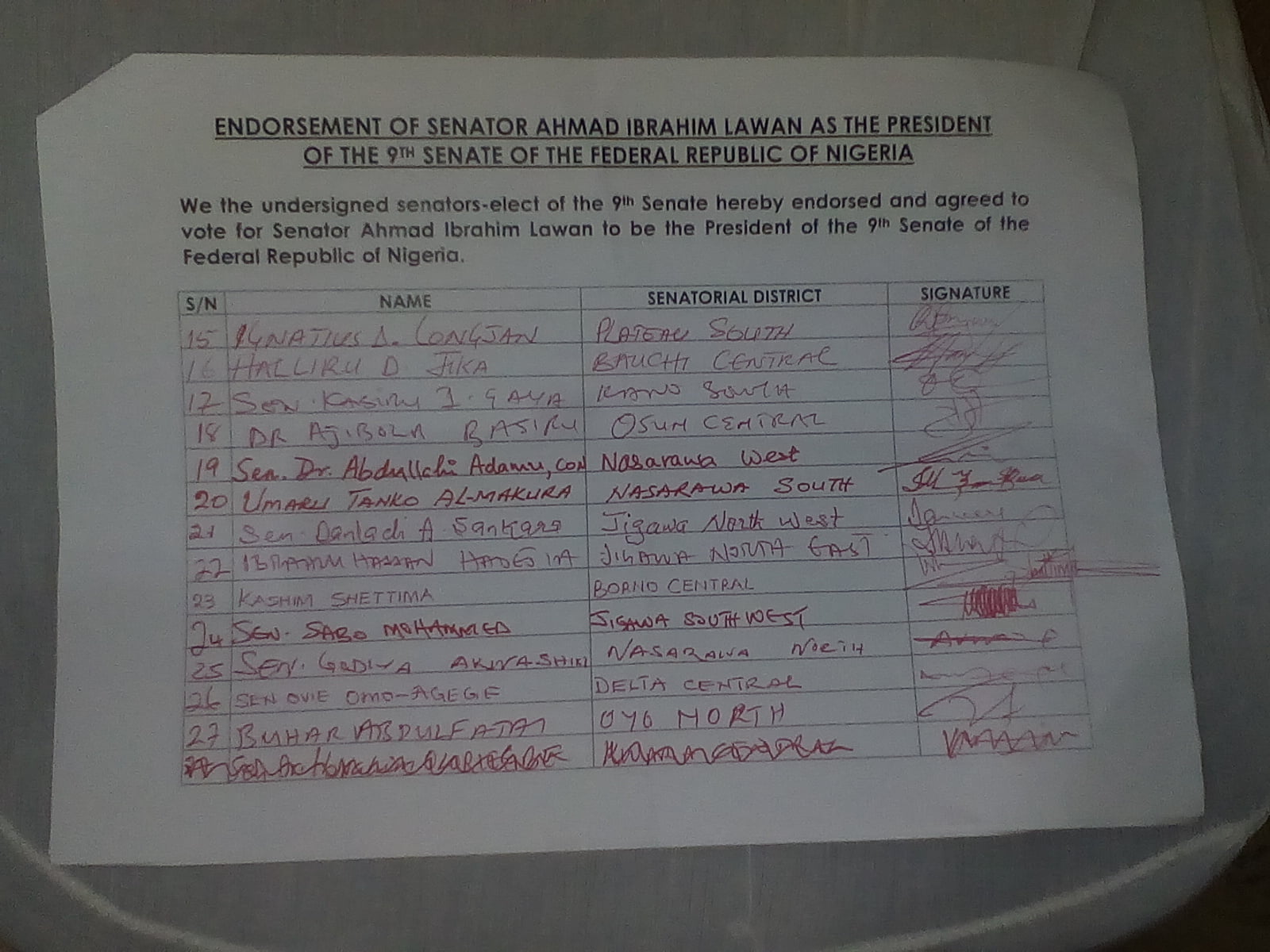 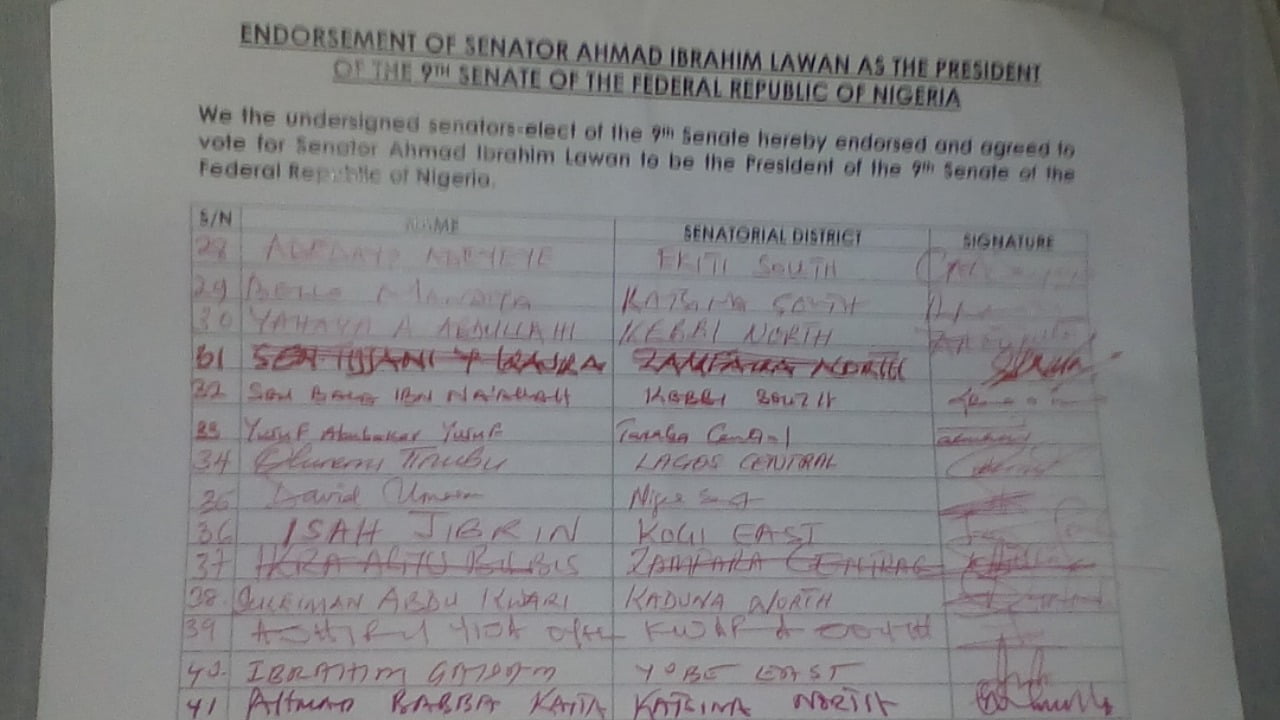 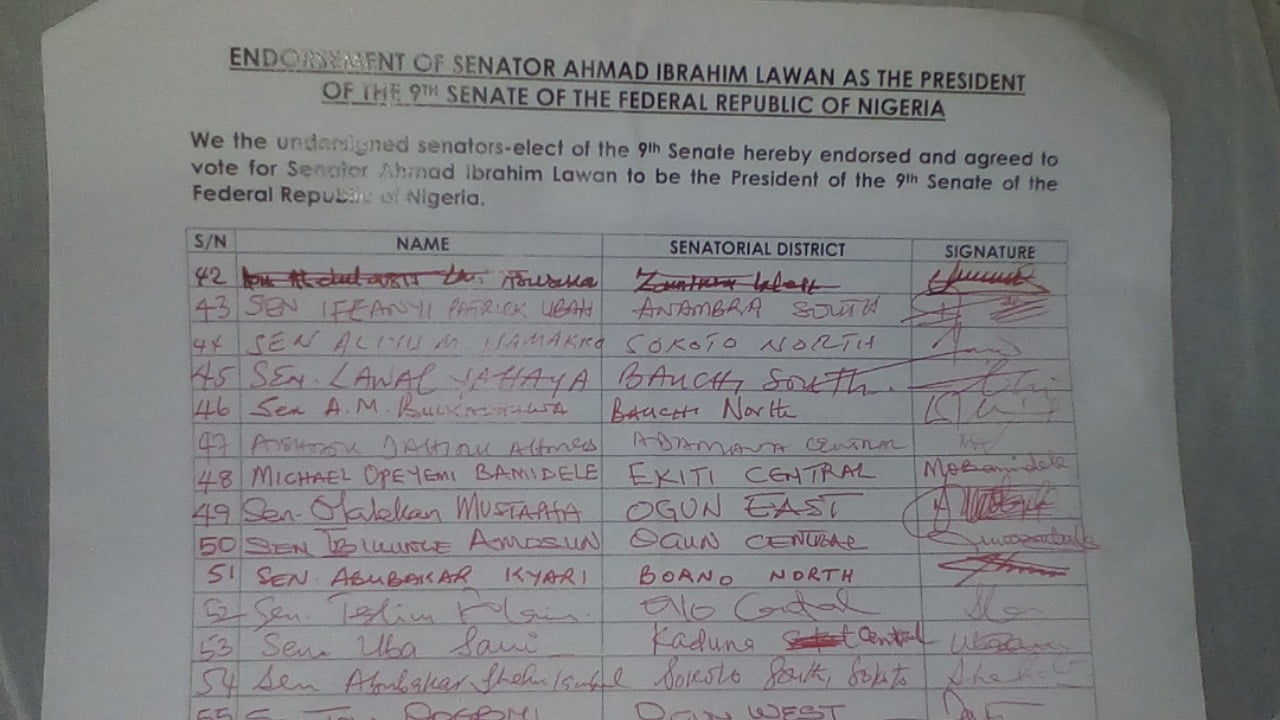 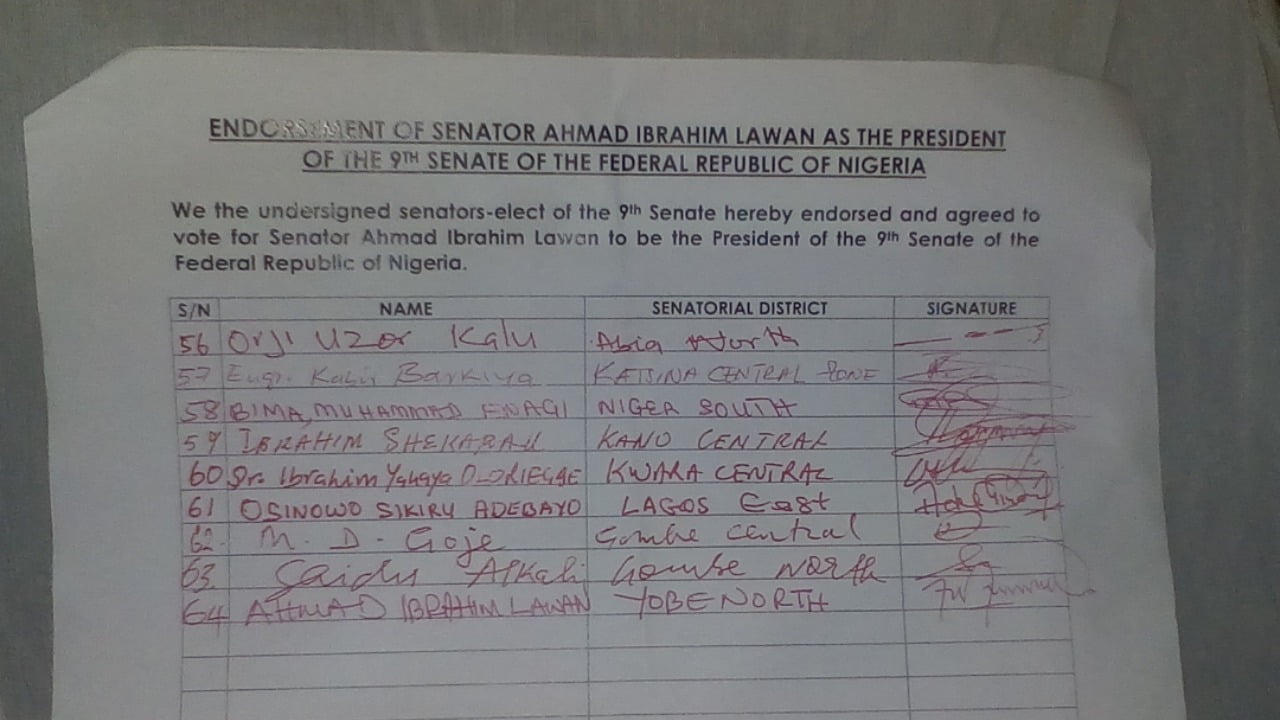