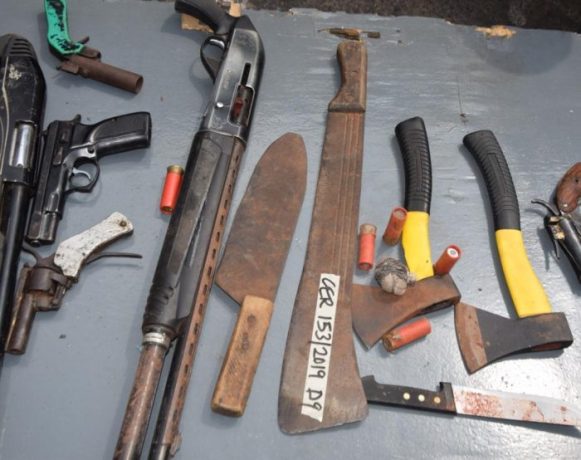 At least two persons have been killed while several others have been left with various degrees of injuries during a cult clash in Lagos state, Nigeria’s commercial city.

Naija News reports that that the clash started during the evening hours of Thursday, June 6 and lasted through till Friday, June 7.

Calm was maintained in the area when the Anti-Cultism squad of the Lagos state police command, led by their commander, CSP Uduak Udom came to the scene.

READ ALSO  Land Use Charge: We Are Consulting With Stakeholders- Ambode

The incident occurred in the Ikorodu area of the state.

This online news platform also understands that the cultists used varies of guns, machetes and charms during the cause of the clash.

During the clash, residents of the affected areas were unable to go to work or open their business centres.

The clash was reported to have involved members of two rival cult groups; the Eiye and Aiye confraternities, who were said to be on a “battle for supremacy” in the area.

While confirming the incident, the spokesman for the command, DSP Bala Elkana, said the Police received a distress call that some cult members from two rival groups engaged themselves in a supremacy battle along the Isikalu palace and Solomade area of Ikorodu.

Elkana said the Command’s Anti Cultism Unit and patrol teams from Ikorodu were promptly drafted to the scene to maintain peace in the area.