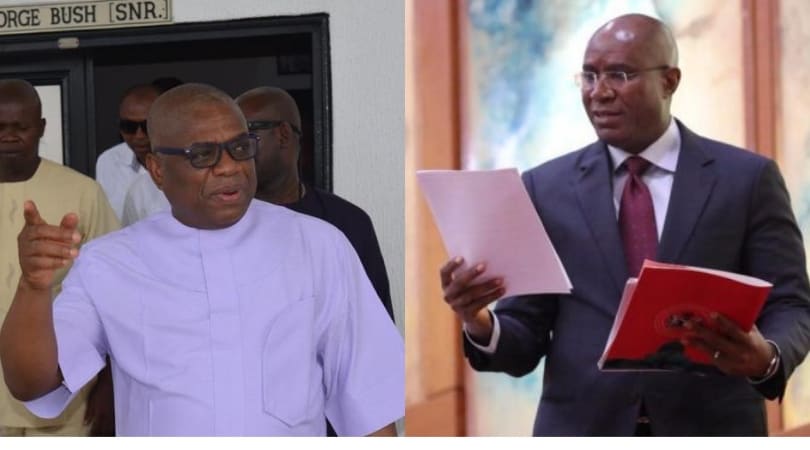 The race for the Deputy President of the 9th Nigerian Senate has taken a new dimension with the South-South chapter of the All Progressives Congress (APC), endorsing the Senator representing Delta Central, Ovie Omo-Agege, as the next Deputy Senate President.

This online news platform understands that Omo-Agege’s endorsement was made known in a statement on Saturday, June 8.

In the statement, Ntufam Hilliard Eta, the South-South APC Vice-Chairman, and David Okumgba, the Zonal Secretary, said the choice of Omo-Agege became imperative.

The statement said, “The leadership of the South-South Zone is fully in support of Mr. President (Muhammadu Buhari).

“Our zone has been given the opportunity by our great Party to produce the Deputy Senate President for the Ninth National Assembly and we are thankful.

“It is important to state that our two illustrious sons, Distinguished Senators Francis Alimikhena from Edo State and Ovie Omo-Agege from Delta State had indicated interest to contest the office of the Deputy Senate President.

“Both of them are eminently qualified for that office as both are ranking Senators of the Federal Republic of Nigeria.

“However, considering the current zoning of political offices in our zone whereby Edo State produced the current National Chairman of our great Party (Adams Oshiomhole), and other considerations, it became imperative that our zone supports the candidature of Senator Ovie Omo-Agege for the office of the Deputy Senate President.”

The south-south APC in the statement hailed the party for zoning the position to the South-South and commended Oshiomhole for his sound administrative experience in piloting the affairs of the party.

“The Zonal Working Committee acting on behalf of the Zonal Executive Committee, Elders and Leaders of the South-South geopolitical zone of our great Party, the APC wishes to state categorically that we align ourselves with the decision of the national leadership of our great Party in respect of the zoning of the Principal offices of the 9th National Assembly.

“We commend our respected leader, His Excellency, President Muhammadu Buhari, GCFR for his sterling leadership of the affairs of our great country and our illustrious son, His Excellency, Comrade Adams.

“The South-South geopolitical zone had demonstrated uncommon faith, courage, and vigour in the just concluded general elections by voting massively for candidates of our great Party at all levels.

“We implore all Distinguished Senators to please stand by us and support Senator Ovie Omo Agege for the position of Deputy Senate President,” the statement added.