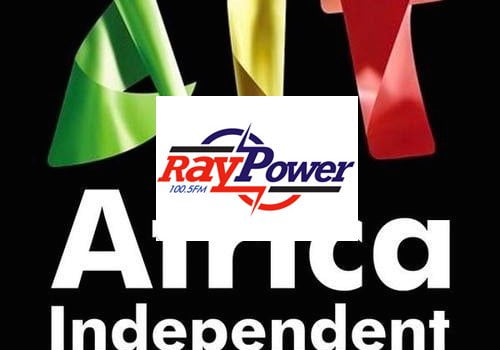 Naija News reports that Daar Communications which the parent company of African Independent Television (AIT) and Ray Power, is run by Raymond Dopkesi, a chieftain of the Peoples Democratic Party (PDP).

The suspension of the media organisation has drawn mixed reactions from Nigerians on Twitter.

The suppression of FreePress remains a chronic element in the seriatim of aberrations under this administration. The demonstration of impunity by the unconscionable partisan hireling at NBC is a condemnable tell-tale of deeper woes to come. #AITunderSiege #NextLevelWoes

Modibbo Kawu is merely the errand boy of Buhari, who has a dislike for the free press. The closure of #AIT is the foreword to Buhari's tyranny that's already here. Resist tyranny. Resist the tyrant. Resist his minion #KakaakiSocial #AITUnderSiege #ModibboKawuStepDown

@MBuhari you are free to start wearing your military uniform. You can no longer deceive Nigerians by claiming to be repented dictator. But be aware that Nigerians fought Abacha and he gave way, we shall fight you to a standstill. We die here#PressFreedom #AITUnderSiege pic.twitter.com/SeMQQfFQwt

Anyone thinking it's only #AITUnderSiege is hallucinating.

Pls let's judge is this right for a media to broadcast this, where is the sanity, NBC sanctioned @AIT_Online
Some media are saying FG/buhari shut @OfficialAITNews, has dokpesi forgotten 2015, when his stations animalise buhari on air #Nigeria#AITUnderSiege @RaypowerNetwork pic.twitter.com/nueU7h4ubN

Its Terible that Media houses and Press freedom has to be restricted….

AIT not currently showing on DSTV…

I stand for #PressFreedom. If the press isn’t free, it means Government therefore possesses more power over her citizens than it needs to have. #AITUnderSiege

If we go by abuse of free speech, Buhari would have been languishing in jail by now. Unfortunately when we advised Jonathan to prosecute the lunatic and jail him, he refused opting to be a gentleman!#AITUnderSiege #FreeSpeech

Founder of DAAR Communications PLC @RaymondADokpesi says the DG of Nigeria's Media Watchdog @nbcgovng is a member of the ruling APC. He contested an election under APC, lost and returned to his seat as NBC boss. @CPJAfrica @pressfreedom #IStandWithKakaakiSocial #AITUnderSiege pic.twitter.com/wkakx3MUIM

Other media houses keeping mum have only shown their complicit in suppressing the voice of the people. It remains the benchmark of humanity for the press to be free & the people heard. The signs are ominous, Revolution is nearer than ever. #IStandWithKakaakiSocial

See everybody is playing safe.. Just look at this program I tot I enjoy every morning… Nahh

No more media houses in Nigeria

We shall continue to speak the truth by calling our leaders to order on social media. Conscience is an open wound, only the truth can heal it.

The first bill Lawal would pass is the bill to regulate / modulate / check internet and social media. That guy is going to pass some ear ticking bills that would shake this country.#AITUnderSiege #IStandWithKakaakiSocial #Buhari #Kano #Emir #Nigeria pic.twitter.com/RYCESA6UnT