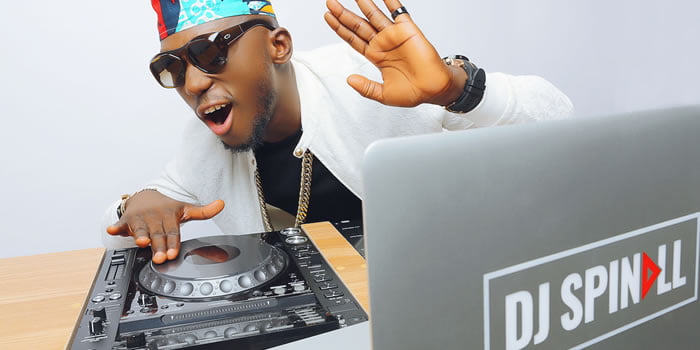 He spoke about the time he almost failed due to words spoken by people around him who didn’t believe in his dream.

The DJ also shared tips and steps he took to get to where he is today while he also spoke on how it was very difficult for people to believe in his talent.

“Initially, all I wanted was to make it and I needed to show the world that nothing is too difficult to be achieved.”

“I heard a lot from people but I saw it as a challenge to grow and be better. The hardest part was getting people to believe in the dream.”

“For everybody out there, in any locality, your dreams are very valid.” He explains that the music industry is growing rapidly day- by-day and encouraged every young person in it to strive to be and do better while keeping hope high.”

Spinall also revealed that there is strong competition in the industry, and people who can overcome their fears can get to the top.