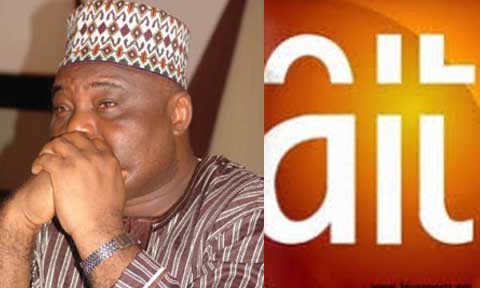 African Independent Television (AIT) belonging to Raymond Dokpesi. a chieftain of the Peoples Democratic Party (PDP), is back on air.

Naija News reports that the station came back on air on Friday evening, 24 hours after the National Broadcasting Corporation (NBC) suspended its licence over alleged violation of the regulatory body’s rule.

This online news platform understands that the development is coming after a Federal High court sitting in Abuja, Nigeria’s capital, has ordered the reopening of the station.

Naija News had reported earlier that the NBC suspended the licence of  DAAR Communications Plc, owners of AIT and Raypower “until further notice“.

Modibbo Kawu, NBC Director-General, announced the shut down at a press briefing in Abuja, Nigeria’s capital on Thursday evening, June 6.

The NBC Director-General said the action was taken for failure of the stations to abide by the broadcasting code.

“Today the 6th of June, 2019, AIT/Raypower embarked on use of inflammatory, divisive, inciting broadcasts, and media propaganda against the government and, the NBC for performing its statutory functions of regulating the broadcast industry in Nigeria,” he said.

“Consequently, after several meetings with management of Daar Communications Plc and many letters of warning. The NBC, today 6th June 2019 took a decision to suspend the licence of Daar Communications Plc for failure to abide by the Commission’s directives, the provisions of the NBC Act Cap N11. The SHUTDOWN order is until further notice,” the NBC had said in a statement on Thursday.

The NBC boss said the regulatory agency had been monitoring the stations for a long time and had issued warnings that were defied.

However, ruling on the matter on Friday, June 7, the Abuja division of the Federal High ordered that the stations should be reopened.

Justice Inyang Ekwo, in his ruling, ordered that parties in the case should maintain the status quo as the situation was as at of May 31st when the processes were filed.

The presiding judge adjourned the case to June 13 for the defendant to show cause why the order should not be granted.