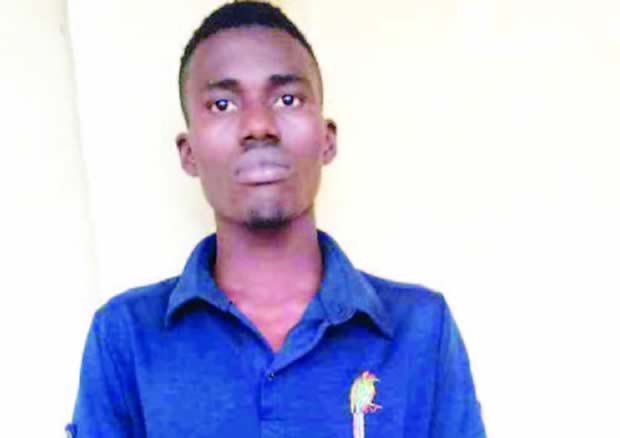 The suspected killer of a female student of the Nnamdi Azikiwe Univerisity, Chinasa Agbata, has been arrested by the Anambra State Police Command.

A report had it that the undergraduate was murdered in March and her corpse dumped by the gate of the institution.

The PPRO of the command, Haruna Mohammed, while speaking with newsmen stated that on Wednesday the suspect who was identified as Onudili Sontochukwu, was arrested following a discreet investigation.

Haruna stated that the suspect is assisting the police with useful information to revealed what led to the murder of the victim.

The PPRO also spoke on the apprehension of two persons for allegedly abducting two undergraduates of another university in the state.

He said, “It will be recalled that in March, one Chinasa Pauline Agbata, a student of UNIZIK, was murdered and dumped by the school gate around 7.30pm.”

“Following the incident, police detectives attached to the command’s Special Anti-Robbery Squad launched an aggressive manhunt for the perpetrators and arrested one Onudili Sontochukwu, aged 25.”

Haruna further stated that a syndicate that specialized in kidnapping university students has been arrested by the command.

The PPRO revealed that members of the syndicate were arrested in Aba, Abia State.

“The suspects, who specialize in abducting university students using various tricks, conspired and kidnapped one Favour Obinna, 18, and one Amakaeze Luke, 22.”

He stated that the items recovered from the suspects included three mobile telephones belonging to their victims, adding that the case was being investigated.