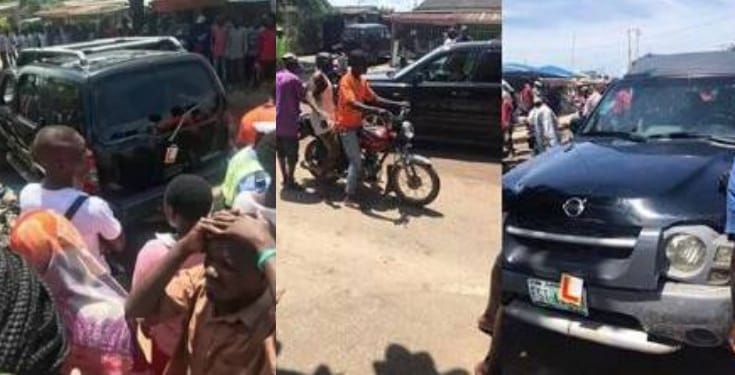 One person has been confirmed dead while an undisclosed number of persons have been left injured in separate accidents involving a Learner in the Satellite area of Lagos.

Naija News understands that the accident occurred when a middle-aged driver who was on board learning how to drive her newly acquired vehicle ran into the road users in the area.

The driver whose name was not revealed was said to be driving her Nissan Xterra Sports Utility Vehicle (SUV) with the learner’s tag attached to both ends of the vehicle when she ran into her victims on several occasions.

At first, she was said to have knocked down two people in a similar location not far from each other in the area, and then proceeded to claim another victim in the area, but still went away with her acts after several pleas that she is a learner and had no death case victim recorded yet.

Shortly after escaping murdering the road users, the learner driver proceeded with her SUV to another area where luck ran out of her as she also knocked down a motorcyclist with his passenger.

This Online news platform understands that the motorcyclist was lucky to have escaped death but his passenger who happened to be a lady was killed after the vehicle ran over her.

The incident happened in the afternoon at Nepa Junction, Satellite Town, earlier in the week.

The Learner driver was said to have stepped down from her car, abandoned her car and took to her heels when she realised that she had killed someone.