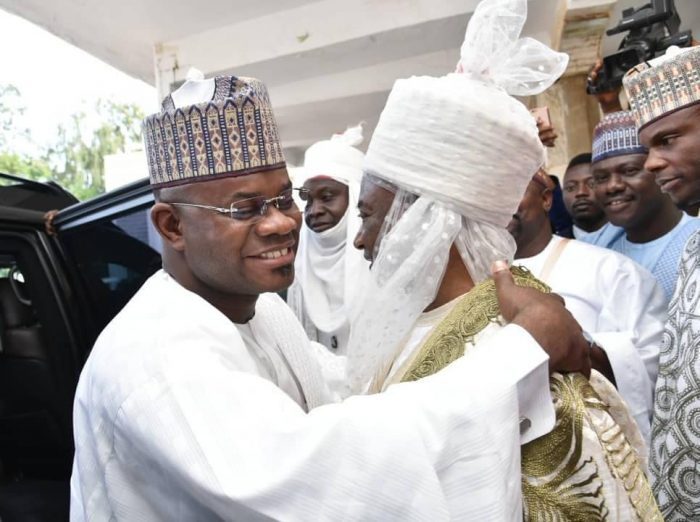 Melaye, who has already released his campaign posters ahead of the November governorship election in the state, lashed out at Bello for what he termed a despicable act.

The lawmaker wondered if Governor Aminu Tambuwal or Governor Nasir El-Rufai would do such a thing which Bello had done in disregard to the elderly monarch.

While reacting via his Instagram handle, Melaye wrote on his Instagram page: “Very disrespectful and rude Governor Yahaya Bello hugging his paramount traditional ruler Alhaji Ado Ibrahim who is over 90 years.

“Can Gov Tambuwal hug the Sultan? Or will El-Rufai hug the Emir of Zaria? If this disobedient child will not respect the seat of Ohinoyi, he should respect the age of HRM. Home training is not a gift.”