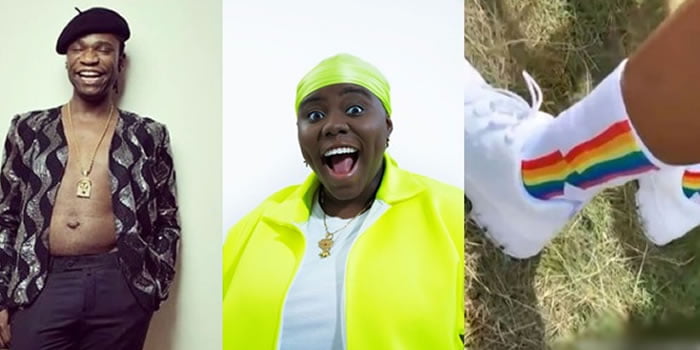 Controversial musician, Speed Darlington, has raised an allegation that popular singer, Teniola Apata might be gay.

The internet sensation stated this after the singer was seeing wearing rainbow coloured socks at an event which took place in the United Kingdom.

Teni performed at The Ends Festival in UK which normally holds during the month of June which is known as the LGBT Pride Month.

Speed Darlington in his reaction to the dressing wrote “Nigeria is she gay? Is she trying to tell us something’. I hope not because if she’s openly gay that music no go pop again I know this for sure Nigeria is a very religious country nobody is booking gay musician. She going to need to move to white country for that’.”