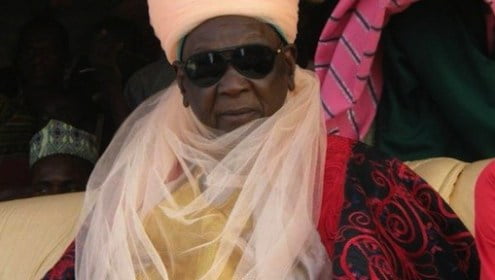 Naija News reports that Governor Aminu visited the Emir in the company of his Deputy, Alhaji Munnir Yakubu.

The duo arrived Daura at 6.20 p.m for the traditional Ramadan homage to the Emir of Daura and later joined the Emir to break the fast at his palace at about 7 p.m

Highlights of the visit were prayers for peace and prosperity, with the governor and his host seeking divine intervention toward lasting peace and stability in the state and the nation.

Recall that the Ramadan homage has become an annual tradition since Masari became governor in 2015.