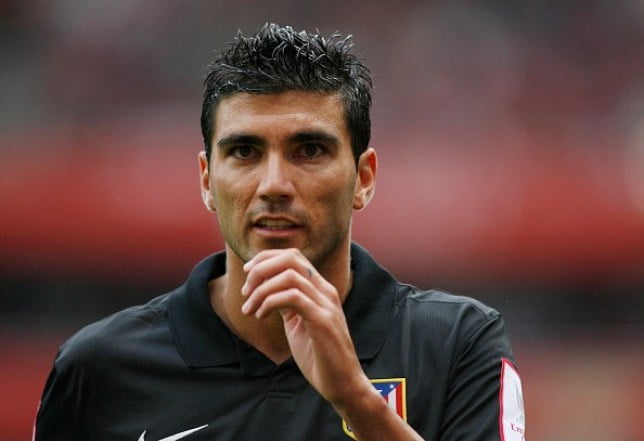 The world of football was thrown into mourning on Saturday with the news of the passing away of former Arsenal and Spain winger Jose Antonio Reyes.

The emergency services in Andalusia and the authorities in the player’s home town, Utrera, said Reyes died in an accident on the main road from Sevilla to Utrera. They said another member of his family also died and a third person was injured.

He won Premier League and FA Cup medals at Arsenal and came on as a late substitute when the Gunners lost the 2006 Champions League final to Barcelona.

Everyone at Arsenal is devastated by the shocking news that our former player Jose Antonio Reyes has died in a traffic collision in Spain.

Jose Antonio Reyes lived next door to my grandad when he was at Arsenal. We went over there, in the hopes we could get him to quickly sign my shirt.

He invited us all in, gave us loads of merch, took photos, and was just generally brilliant.

Was always my fav player after that pic.twitter.com/zaYcCeLY4H

Devastated by the news of my old team mate Jose Antonio Reyes at Arsenal. What a player. My condolences goes out to his family and friends ! Rest in Peace. Big lost.@arsenal @sevillafc pic.twitter.com/DuhkbvTB7A

Croatian Football Federation would like to express condolences to @SevillaFC, @rfef and the entire Spanish football #family regarding the tragic loss of Jose Antonio Reyes. May he rest in peace. pic.twitter.com/KkO7Oqrlne

There aren’t many pictures that sum up special moments, this is one of them. We lost one of the invincibles today, but he will never be forgotten nor what he achieved. Absolutely gutted ❤️? RIP Jose Antonio Reyes, thoughts with your loved ones at this time. A true @Arsenal great pic.twitter.com/sVga4ZQ8b9

A Spanish player died in a major road accident

Video good for adults only

NEVER TO BE FORGOTTEN!

SEA, it is with great sadness that I learned the tragic news about my former teammate in Arsenal, José Antonio Reyes. I remember a humble guy, who always smiled and remained positive. My deepest sympathies go out to his family and friends. #GoneTooSoon #RIPReyes ?????? pic.twitter.com/caZe6lGhPN

It is with great sadness that I have heard of the tragic death of José Antonio Reyes. All our thoughts and prayers at this sad time are with his family RIP

There will be a moment's silence ahead of tonight's game in memory of Jose Antonio Reyes. #LFC #THFC #UCLfinal