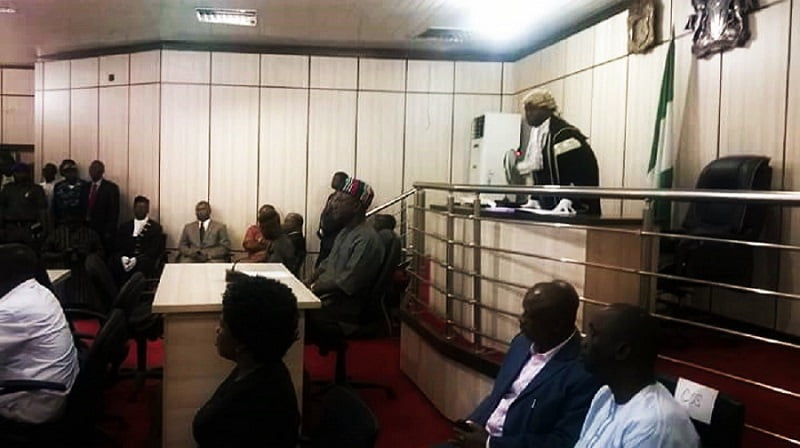 Naija News learnt that the lawmakers were recalled by there colleagues during plenary on Thursday.

Moving a motion for the recall, the House Majority Leader, Avine Agbom, recalled that the members were suspended for six months during plenary.

Mr Agbom further recalled that the suspension was extended for another three months at the completion of the six months.

“The suspended members have served their suspension obediently, so it is imperative to lift the sanction; we were inaugurated as a team and should leave in the same manner,” he said.

Seconding the motion, Ianna Jato (Katsina-Ala East/PDP), urged members to support the lifting of the suspension to enable the six members to attend sittings of the House henceforth.

Ruling, the Deputy Speaker, Johnson Ahubi, declared the suspension lifted, and advised the affected members to resume sittings henceforth. The eighth assembly will wind up its activities on June 3 to pave way for the ninth assembly.

Meanwhile, in another development, The Economic and Financial Crimes Commission is set to arraign an official of the Joint Admission and Matriculation Board, Philomina Chieshe, over the missing N35m in her custody, which she said was swallowed by a snake in Makurdi, Benue State.